Jose Mourinho returns to Old Trafford on Wednesday night for the first time since being sacked by Manchester United in December 2018.

The Special One replaced fan-favourite Mauricio Pochettino in November and has guided the north Londoners to three wins out of three. With much-needed victories over West Ham and Bournemouth, Spurs have shot up the table and now find themselves sat sixth in the Premier League.

As for United, these are proving challenging times for manager Ole Gunnar Solskjaer. The Red Devils are sat in a lowly tenth place, but they can move above their next opponents with a win.

Ahead of the game, we bring you a combined XI of the two sides. David De Gea (GK) – While Paulo Gazzaniga has proven to be an able deputy, ​David de Gea is a certainty in this combined lineup. The Spaniard has made a number of fine saves in recent weeks to keep his side in matches, most notably the double save against Sheffield United. However, he has managed to keep just two clean sheet all season in the league and he will be desperate to claim a third on Wednesday evening.

Aaron Wan-Bissaka (RB) – Wan-Bissaka has quietly gone about his business at Old Trafford since making his summer switch. He has made the third most tackles in the division and is proving to be a valuable member of Ole Gunnar Solskjaer’s side.

Toby Alderweireld (CB) – Mourinho was keen on bringing ​Alderweireld to Old Trafford during his time at Man Utd, but a deal never materialised. However, at Tottenham, the centre-back has started all three games under the Portuguese and has looked assured in his work. As a result, he takes up his place in the XI.

Harry Maguire (CB) – Despite United’s obvious struggles this season, Maguire has been resolute at the back, while he has also attempted to carry the fight with his marauding runs and piercing passes.

Jan Vertonghen (LB) – an Vertonghen started ​Spurs’ last game at home to Bournemouth in the left-back slot, and will continue there at Old Trafford. The Belgian is the most reliable option and this is enough to see him earn himself a place in the team, with United struggling for options of their own. Tanguy Ndombele (CM) – In a battle with teammate Harry Winks, Ndombele pips the Englishman to the spot. The midfielder was handed his first start under Mourinho in the win over ​Bournemouth, with the 22-year-old showing a tireless work ethic during his 74 minutes on the field. However, he is equally impressive in his ability to dictate play, allowing the attackers to flourish.

Scott McTominay (CM) – ​United have desperately missed McTominay. The Scot has been out of action since the 3-1 win over Brighton, but he now has overcome his injury. His leadership qualities, hard work and driving runs have seen him quickly become one of the first names on the United team sheet this season.

Deli Alli (CAM) – Quite a simple one, really. ​Alli has looked back to his best since Mourinho’s arrival, most recently bagging a brace in the tussle with Bournemouth. He is back playing with confidence and that spells trouble for the opposition’s defence. 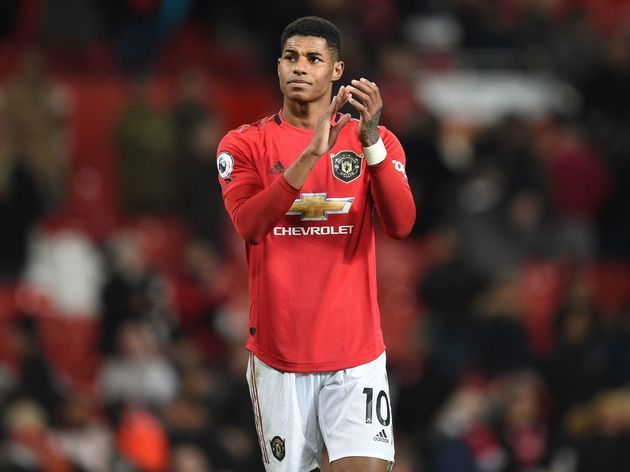 Marcus Rashford (RW) – Following a tough start to the season, ​Rashford has hit a rich vein of form, picking up the club’s Player of the Month award for November. While he has been criticised by some for being wasteful, the 22-year-old has the ability to change a game in a second.

Son Heung-min (LW) – A wonderfully gifted footballer and any manager’s dream. Son’s direct running combined with his skill make him a nightmare to defend against. He already has nine goals to his name this season, while the South Korean has also provided six assists in the league. A complete player.

Harry Kane (ST) – ​Harry Kane may not be top of the goalscoring charts in the Premier League at the moment, but he has already ​managed to create history in the early parts of the season with his form in the Champions League. The England captain is not only a prolific finisher, but he also drops deep to supply the wingers and outnumber the opposition midfield.