​Manchester United welcome Everton to Old Trafford on Sunday, with both sides looking to build on their impressive results from last weekend.

United followed up their midweek win over former manager Jose Mourinho’s Tottenham with a superb victory in the Manchester derby.

Ole Gunnar Solskjaer’s side put City to the sword in a dynamic first half display as they recorded one of the biggest wins of Solksjaer’s managerial career.

​United face an Everton side who are similarly fresh from an excellent win in their last outing, as Duncan Ferguson masterminded a 3-1 victory over Chelsea.

The Big Dunc era began in style, with ​Everton smashing the Premier League tackling statistics and Ferguson embracing any ball boy he could get his hands on en route to the three points. Jesse Lingard is a doubt for Sunday’s fixture after picking up a knock in the Manchester derby, but Solskjaer is hoping he will be available despite not training all week.

Paul Pogba, Eric Bailly and Timothy Fosu-Mensah are all still unavailable due to longer-term injuries, but have stepped up their training and recovery with their comebacks on the horizon.

Morgan Schneiderlin and Theo Walcott have both been ruled out with calf injuries for Everton, while Fabian Delph, Lucas Digne and Yerry Mina are doubtful.

However, Everton will be boosted by the possible return of Seamus Coleman, who has missed the previous three matches due to a rib injury. The two sides have met 54 times in the Premier League, with Manchester United dominating proceedings. Sunday’s hosts have won 36 of the encounters, with Everton emerging victorious on just nine occasions.

The last meeting between the two sides was a thumping 4-0 victory for Everton at Goodison Park in April. 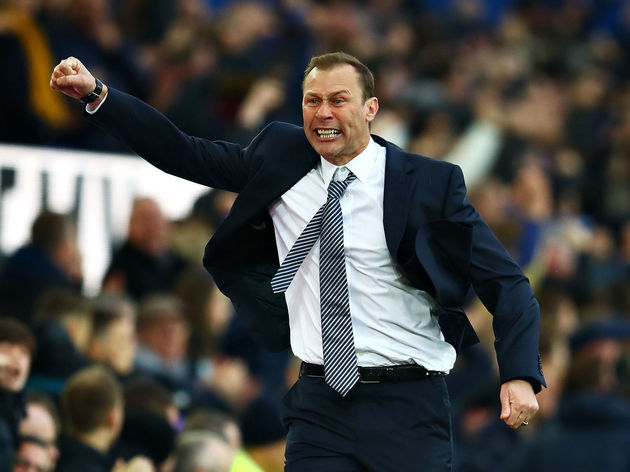 After a hugely inconsistent start to the season, United have come into a bit of form over the last week, with two impressive Premier League wins and a comprehensive victory in the Europa League.

The Red Devils are unbeaten in their last five domestically, and a win on Sunday could put them within a single point of fourth place Chelsea.

Three straight defeats for Everton was enough to finally bring the end to Marco Silva’s time in charge, after the former Watford man had been clinging onto his post for months following a poor start to the season.

The Toffees looked like a side reborn under caretaker boss Duncan Ferguson last weekend, as they out ran and outmuscled Frank Lampard’s Chelsea side during their 3-1 victory.

Here’s how the two sides have fared in their last five games. United will be glad to be playing Duncan Ferguson’s Everton now​ that they have found a bit of form. Had the Red Devils come up against the rejuvenated Toffees in the form that they were in last month, they would have succumbed to the same fate that Chelsea did last week, such is the way Ferguson has already drilled such relentless energy and physicality into his side.

However, United have been excellent recently, and although Everton will not be as expansive and easy to carve open as Manchester City were, with the way that Fred and Marcus Rashford are playing at the moment, United will be difficult to keep out.

Everton will dig in and ensure United do not have it all their own way, but the hosts will prevail with a narrow victory.