​Liverpool boss Jurgen Klopp has given an update on injured defender Joel Matip ahead of the Merseyside derby with Everton on Wednesday.

The Cameroonian has been out since Liverpool’s 1-1 draw with Manchester United at the end of October with a knee problem.

The Reds are hoping to get him back as soon as possible ahead of a tricky run of fixtures that could see them play nine times in December alone. But speaking to press ahead of the derby match on Wednesday night Jurgen Klopp was not too confident about the defender’s hopes of making the game.

The former ​Borussia Dortmund coach also offered the latest on Brazilian midfielder ​Fabinho, who is out till next year with a knee injury he sustained in the ​1-1 Champions League draw with ​Napoli. 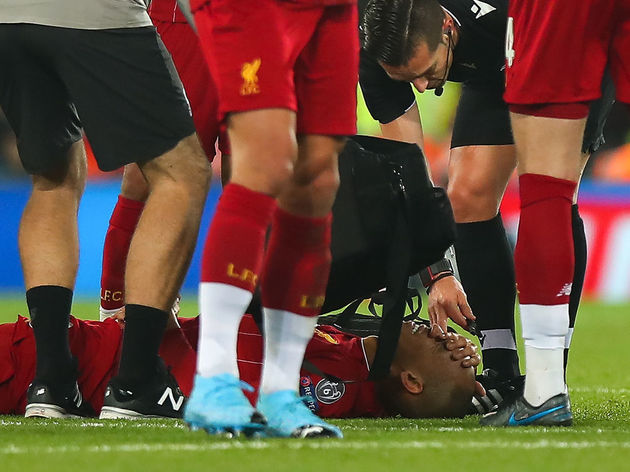 “Fabinho we miss from now on because he could not play anyway [against Brighton] because of yellow cards.

Klopp was also confident about the fact that back-up goalkeeper Adrian will play against ​Everton, after first choice stopper Alisson was sent off in the victory over ​Brighton.

“Ali is one game. My man of the match is Adrian, coming on in a game like this and having that knock of the free-kick. “I want to read something about that situation. It is incredible. An ice-cold keeper getting his gloves ready and then [mimes whistle] – that is our life. Then being in the game to make two saves.

The Reds have been in imperious form, and opened up an 11 point lead over title rivals ​Manchester City after Pep Guardiola’s side dropped more points against Newcastle.

They look good for a first ever Premier League title, and a first top flight trophy in 30 years, but will be hoping December’s congested fixture list doesn’t derail their season.