Jetro Willems has insisted that he is aiming to convince Newcastle United to make his move to Tyneside a permanent one at the end of the season.

The Dutch left-back is currently on loan from German side Eintracht Frankfurt, but the Magpies have the option to trigger a permanent deal worth “I’m not so concerned about it [his future] at the moment, but if I keep on going, I won’t give Newcastle a choice,” he said.

The full back referred to ​Newcastle as ‘us’ throughout the interview, and when asked if that meant he’d made up his mind on his future he replied:

With two goals Willems is now joint second-highest scorer at the club with Shelvey ahead of him on three. 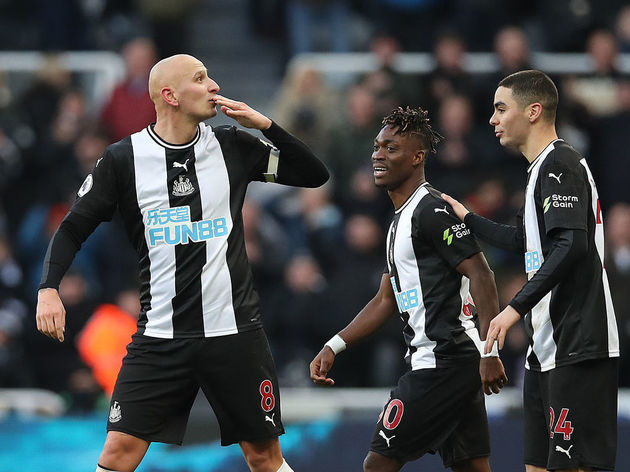 Steve Bruce’s side have struggled for goals this season, with seven of their 13 league goals having come from defenders. Despite their relatively baron run in front of goal Newcastle have defied many who tipped them to go down, and currently sit four points above the relegation zone in 14th.

They will be hoping to continue their good form when they travel to Bramall Lane to face Chris Wilder’s high-flying ​Sheffield United side in the Premier League on Thursday night.