​Burnley host a resurgent Newcastle in the Premier League on as both sides look to extend the gap between themselves and the bottom three.

The home side are just three points ahead of Southampton, who sit in 18th place. A bad run of form has seen the clarets plummet down the table and they will be keen to put an end to their three-game losing run. The Magpies have enjoyed great form and have distanced themselves from a relegation fight. They are in 11th place, but only two points away from fifth place Manchester United. With one defeat in their last five games, the away side will be full of confidence ahead of this crunch fixture.

Burnley will be without the services of Johan Berg-Gudmundsson as he recovers from a long-term thigh injury, and defender Kevin Long, who is suffering from a groin problem.

​Ashley Westwood and Ashley Barnes will face a late fitness test ahead of Newcastle’s visit, as the pair have nursed groin injuries in recent weeks. Phil Bardsley faces a last-minute race for fitness, but lacks match sharpness and will be a doubt. Charlie Taylor has began training and will be in contention. In-form Jonjo Shelvey is a doubt for the away side due to tight calves, along with Miguel Almiron, Florian Lejeune and DeAndre Yedlin. A late fitness test will decide whether these players feature.

The bad news for Newcastle is that Allan Saint-Maximin will miss out with a hamstring injury, with an expected return date in January. Matt Ritchie, Jamaal Lascelles, Ki Sung-Yeung and Ciaran Clark will also not feature at Turf Moor, giving Steve Bruce a selection headache.

This fixture has been closely contested throughout history, but Newcastle slightly edge the bragging rights.

The Magpies have beaten the Clarets 43 times, while Burnley have handed their opposition the same fate on 42 occasions. A stalemate has occurred just 20 times. This gives Newcastle a win percentage of 40.9%, and the home side 40%, showcasing just how tightly contested these affairs can be. However, the away side can boast this record; Burnley have beaten Newcastle just once this millennium, securing a 1-0 victory at Turf Moor in 2017. Their last two meetings, on the other hand, have ended in tears for the Clarets as Newcastle escaped Lancashire with three points.​

Both sides have endured contrasting form in ​recent weeks, as Burnley have lost their last three matches, two of which by more than three goals. The Clarets have dropped to 13th and only three points clear of danger.

Steve Bruce’s Newcastle have shocked many and sit only two points away from a European place. Victories against Bournemouth, Sheffield United and Southampton in their last five outings, as well as a draw against the champions has put breathing space between themselves and the relegation places. Six points from a possible nine in their previous three away matches suggest that the Magpies are comfortable playing on the road. On the contrary, Burnley have lost their previous two home ties.

Here’s how both teams have fared in their last five matches.

Newcastle will head to Turf Moor high on confidence, but will be hit hard by the absence of Saint-Maximin. The possibility that they could move into fifth place with a victory, however, will inspire the Magpies to put on a show. 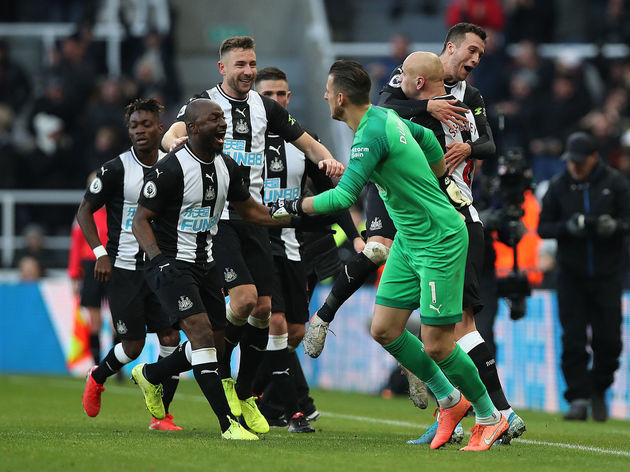 Burnley will be nervously looking over their shoulder as they continue to drop down the table. Two home losses in a row is no good for confidence, and may crumble if they find themselves a goal down.

The away side may be too strong for the Clarets at this point in the season, and they may struggle to cope with Newcastle’s in-form players.