​Arsenal defender Sokratis has conceded that the squad are devoid of confidence as the pressure mounts on Unai Emery’s side to turn their league form around.

The Gunners sit sixth in the Premier League, eight points off fourth place, and uninspiring performances such as the 2-2 draws away to Watford and at home to Crystal Palace, have led to fingers being pointed at the team. Even in their last outing, Emery’s charges were lacklustre, losing 2-0 away to Leicester, but they now face two winnable games against Southampton at home andNorwich away.

And Sokratis believes that a couple of good performances is all that is required to get Arsenal’s star names firing again and put them back in the race for a ​Champions League spot.

“The team needs confidence and calm to show the quality we have,” he told ​Arsenal Player.

“I think we can get [into the top four] because if we find one or two games where we can play very good and have a good result, after the team will take confidence and after that we have the quality. The quality is here but I think we need confidence.” The Greek centre-half admitted that this season has been tough but is adamant that ​Arsenal have enough quality in the side to rectify their shaky start and come good in the second half of the campaign.

“It is a season that has a difficult moment, but we have still a lot of time and we need to improve, we need to play better and of course we have the time to do it,” he said.

“We also have the quality to do it.

Arsenal are without a win in four games in all competitions, their last victory coming just shy of a month ago when they won 3-2 against Vitória at home in the Europa League. 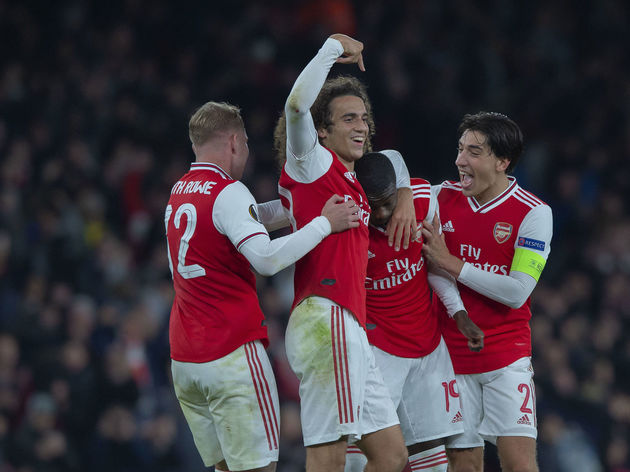 The last time they claimed three points in the ​Premier League was at the beginning of October when they beat Bournemouth 1-0 at the Emirates, courtesy of a David Luiz header.

But even their win against the Cherries had its nervy moments, Sokratis and his teammates will be hoping for a far more comfortable afternoon when they entertain ​Southampton on Saturday.

Gunners fans will expect nothing less than three points against a struggling Saints side who currently languish one point of the foot of the table and who haven’t tasted victory in the league since September.