A report that Liverpool are in ‘advanced talks’ to sign Bournemouth winger Ryan Fraser in January is not true, according to those in the know​.

Fresh off their 3-1 win over reigning Premier League Manchester City on Sunday, Liverpool are on top of the world, with Reds fans in a state of near-delirium at being eight points clear at the top of the table in November.

What could possibly trump the story that ​Liverpool are quite inarguably the best team on the planet right now? A spurious piece of transfer gossip regarding a player that would only be a backup option anyway, of course!

Football Twitter was set ablaze on Monday afternoon, with talk briefly shifting away from VAR, title talk and Pep’s meltdown, when talkSPORT claimed that Liverpool are in ‘advanced talks’ to sign Bournemouth’s Fraser –

​​The 25-year-old Scotland international, most often used as a left winger by the Cherries, was the Premier League’s top assist maker last season.

Previously linked with Arsenal among others, Fraser’s contract expires at the end of this season, making him an attractive free agent option for someone next summer.

However, the idea of a January move to Liverpool seems a little unrealistic with the Reds rarely rotating star men Mohamed Salah and Sadio Mane – joint winners of the Premier League Golden Boot in 2018/19. 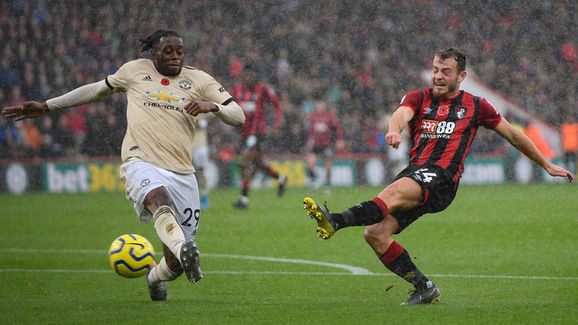 Behind them, Jurgen Klopp has also been able to call on Alex Oxlade-Chamberlain, Xherdan Shaqiri and Divock Origi in the wide attacking positions, while highly rated youngsters Harvey Elliott and Curtis Jones have been used in the Carabao Cup so far.

Thus, it seems recruiting another wide player would be low priority for Liverpool, unless Shaqiri – who has made his concerns over a lack of game-time known – were to leave in January.

The Fraser rumour was then slapped down by Liverpool ITK big boy James Pearce of The Athletic, who replied to a fan’s question on Twitter about the story, “I’ve been told it’s not true.”

I’ve been told that it’s not true.

Pearce also tweeted separately that the speculation was ‘wide of the​​ mark’, while ‘Klopp is happy with his midfield options’.

The Telegraph’s Merseyside reporter Chris Bascome also tweeted (without actually referencing talkSPORT or Fraser): “For those asking, it is b*llocks. For those who do not know what I am talking about, don’t worry. It is not important.”

For those asking, it is b*llocks.
For those who do not know what I am talking about, don’t worry. It is not important.

Back in September, ​90min reported that Bournemouth were prepared to write Fraser – who created more chances than any other player in the Premier League last season – a new contract worth £100,000 a week.