Hargreaves was only 27 when he started that famous final in Moscow for Manchester United, playing all 120 minutes and converting in the penalty shootout against Chelsea. It was already his second Champions League title after a first at Bayern Munich seven years earlier. 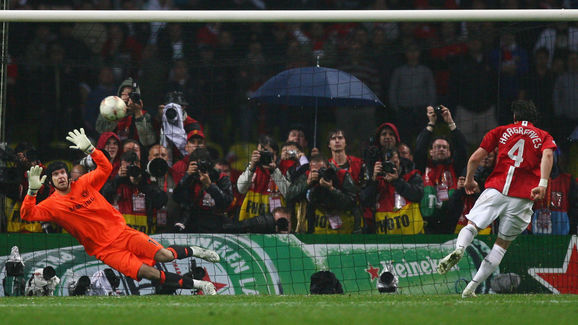 But for a player who twice won the European Cup among an array of other trophies, played a key role for two of the biggest clubs in the world and emerged as one of England’s most important players, his career is not appreciated as it deserves to be.

The main reason for that is the injury problems that finished him and have seen him labelled a flop, after Hargreaves was only able to play 39 times for United following a £17m transfer in 2007. He was released in 2011 and briefly tried to resurrect his career at Manchester City without success.

These days, the four years from 2008 to 2012 are what fans mostly remember about Hargreaves. That judgement is cruel and doesn’t paint an accurate picture of just how good he actually was. Rather than look back at a ‘flop’, football should lament the loss of a player cut down in his prime.

The second major reason why Hargreaves doesn’t get the praise he deserves, specifically in England, is because English fans and journalists saw little of him owing to his years in Germany. This was a player who was born in Canada, moved to Munich at 16 to join Bayern and was considered something of an alien when he was soon called into the England squad, for which he was eligible by virtue of British family – he could also have represented Wales.

That Hargreaves was making waves at Bayern from a young age seemed irrelevant to English sceptics. He got into the Bayern first team in the second half of the 2000/01 season, while still on a reserve player contract, enjoyed a breakout moment in the Champions League semi-final against Real Madrid and started the final against Valencia alongside skipper Stefan Effenberg.

Hargreaves is the latest subject of BT Sport’s What I Wore series in conjunction with Classic Football Shirts, which sees footballers past and present tell the story of their career through shirts. During the video, he revealed that immediately after facing Real he was pulled aside by club chief Karl-Heinz Rummenigge and assured he would be rewarded with a proper contract. After an international debut in 2001, Hargreaves started playing for England regularly in 2002. With German football not commonly consumed on British shores, few seemed aware of who the Canadian-born Bayern Munich player was. Bizarrely, he even somehow ended up a scapegoat for England’s various failings in the years that followed.

A favourite of vastly experienced and knowledgeable coach Sven Goran Eriksson, who was himself treated unfairly by the English media, Hargreaves started England’s first two games of the 2002 World Cup, but injury ended his tournament. He regularly appeared from the bench at Euro 2004 and worked his way back into the starting line-up during the 2006 World Cup.

Hargreaves was the only England player to score in the ill-fated quarter final shootout against Portugal and was England’s best player at the tournament. By the end of 2006 he was named England Player of the Year and was regularly starting, when fitness permitted. That World Cup served as a watershed moment for Hargreaves in the eyes of the English press.

During What I Wore, the former midfielder explained that when the England squad for the tournament had been read out at a press briefing, his name was met with jeers from some journalists in attendance. It was an awful way for a national press to treat one of their own players and highlighted a level of ignorance that suggested few, if any, ever watched him in action for Bayern.

Just because he wasn’t in the Premier League alongside the likes of England teammates Frank Lampard and Steven Gerrard, it was as though he didn’t exist.

Those who really know football Manchester United to win the Champions League.

But despite 2006 helping to start shifting general opinion and the 2007 transfer finally putting him on the radar of the English media, just a solitary strong season at Old Trafford wasn’t enough to permanently put Hargreaves on the platform he deserved. By his own admission, he had been playing through an injury for much of the 2007/08 campaign anyway. 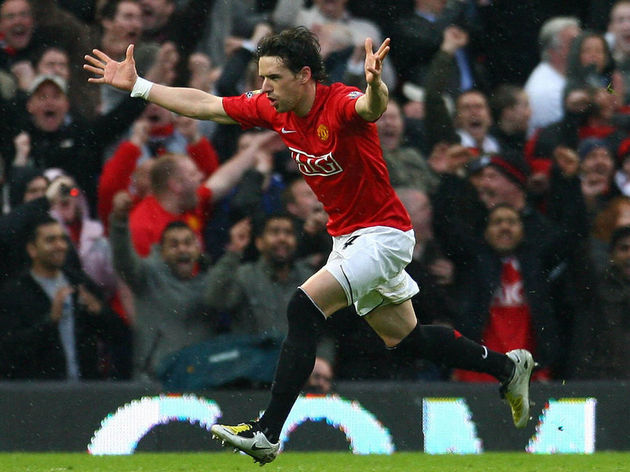 The player underwent treatment ahead of the 2008/09 season and never really recovered. Throughout his career, Hargreaves had always been used to being the fittest and quickest player on the pitch, the perfect combination for his destructive midfield role.

To lose those qualities as a result of his battles with injury cost him his everything.

Hargreaves is often remembered a flop because of that. But you should remember him as under-appreciated, underrated star whose career was over too soon.