​Paris Saint-Germain are supposedly interested in Real Madrid winger Vinícius Júnior, as they brace themselves for the possible departure of at least one of Kylian Mbappé or Neymar.

Mbappé and Neymar have been heavily linked with Real Madrid and Barcelona respectively, and PSG fear that holding on to both for the long-term will be nearly impossible. 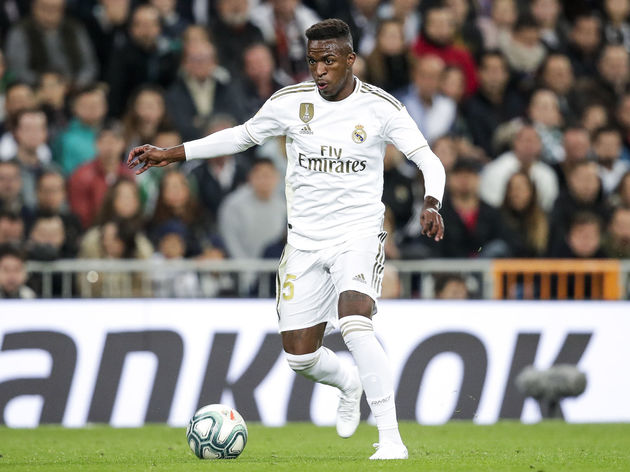 To try and prepare themselves, Sport claim that ​PSG are considering turning to Vinícius, as they believe the 19-year-old would be able to lead them to success for years to come.

PSG were rumoured to want Vinícius as part any player-plus-cash offer from ​Real to try and sign ​Neymar during the summer, but Los Blancos were not keen on parting ways with the highly rated youngster.

However, now they have turned their attention from Neymar to ​Mbappé, things may be different. The Frenchman would be the more expensive of the two players, so the chance to save themselves a significant sum of money by including him in the deal could be too good to turn down. The teenager is yet to cement a permanent place in Zinedine Zidane’s lineup. He has started just four games this season and has often found himself dropped from the matchday squad altogether, so losing Vinícius might not be too difficult for Real.

According to ​AS, Vinícius finds himself at a bit of a crossroads this season. Fellow youngster Rodrygo Goes has moved ahead of him in the pecking order, and it has got Vinícius thinking about his future.

It is said that Vinícius would prefer to stay and fight for his Real career but, if he finds himself unable to command more game time, a move away may become more appealing.

PSG sporting director Leonardo is said to privately believe that it is only a matter of time before Mbappé seals his switch to the Santiago Bernabéu – despite his public backlash against Zidane Zidane’s comments – so they may even look to get the ball rolling themselves with an offer for Vinícius.

The two sides are expected to meet next summer to discuss the future of goalkeeper Alphonse Areola, who is currently on loan with Real from PSG, so a line of communication will already be open between the two sides.

Real are by no means certain to sign Mbappé, who would cost an astronomical fee. The saga will likely rumble on for many months, so expect to hear Vinícius’ name brought up in negotiations on a number of occasions.