The Gabonese striker was named as the new club captain after Unai Emery stripped Granit Xhaka of the armband following his outburst when substituted in October’s 2-2 draw with Crystal Palace.

Despite not being a favourite among the fans, Xhaka was a popular figure in the Arsenal dressing room, but Aubameyang isn’t doing himself any favours with trying to prove he’s the right man to lead them on the pitch. 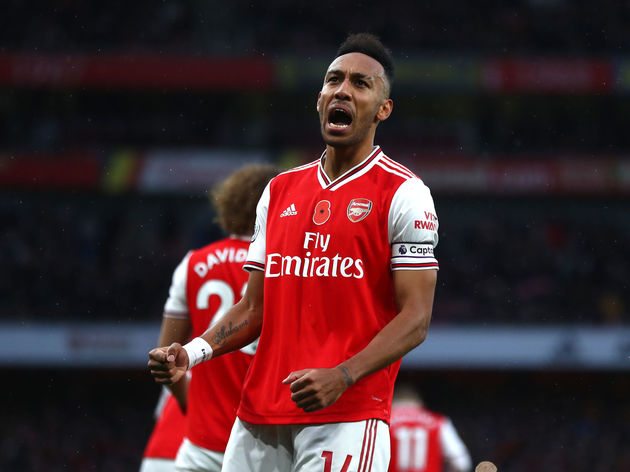 David Ornstein of The Athletic has said that some of Aubameyang’s fellow Gunners players believe he has forged a relationship with AFTV (formerly ArsenalFanTV), particularly Troopz, for the purpose of making himself invulnerable to criticism.

​Aubameyang has reportedly allowed Troopz use of his executive box, situated in the part of the Emirates Stadium generally reserved for friends and family of the players, and complaints about his presence there have been lodged.

A number of staff at ​Arsenal have taken a dim view towards the channel, which styles itself as the unofficial voice of Gooners across the world. They attribute much of the growing negativity around the club to the channel’s rise in recent years, particularly with their over-the-top criticism of players and coaches.

Several players believe the midfielder was ‘thrown under the bus’ by Emery, though it is reported that others lost respect for him following the incident against Palace.

Whilst Emery gave his squad the choice of who they wanted to be captain ahead of the 2019/20 campaign, he took matters into his own hands in the wake of Xhaka’s ousting, picking Aubameyang without handing his players a say in the decision.