​Liverpool manager Jürgen Klopp has insisted that his side will take the Club World Cup seriously but that he’s not overawed by the chance to become the first manager in their history to win the tournament.

Due to their Champions League triumph last season, Liverpool will travel to Qatar in December to take on champions from around the world in a bid to be crowned as the best team on the planet. Speaking to ​FIFA, Klopp was adamant that he is not feeling the pressure of such an occasion and he is simply looking forward to the rare opportunity to take part in the Club World Cup.

“So far, I don’t feel any pressure,” Klopp said. “I see it as an absolute opportunity as you don’t often have the chance to play for it. You have to win the ​Champions League as the European team, so that already makes it special.

“We knew it’d feel great when we won the Champions League, but then we had no real clue how it’d be around the European Super Cup. So, we played it and it felt really great and really big. When we go there, we will be prepared and looking forward to it. The boys want to play it, so it will be very interesting, and it will feel big for us, 100%.” Despite their rich history of success, ​Liverpool have never lifted the Club World Cup. They fell to Brazilian club

“I’m not someone who has to be the first on the moon or the first winning the World Cup with Liverpool, but when we are there then we will try with all we have,” he said.

“The very interesting and difficult part as well is that we’ll be playing against teams from other continents, which doesn’t happen that often – maybe a Mexican team, maybe a Brazilian team – and it will be a tough one for sure. 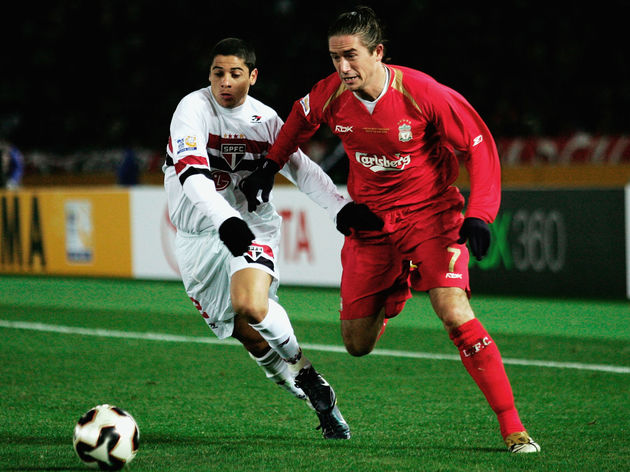 “We’ll prepare for it as we would usually, and we will see if it’s right or wrong against the team from another continent. We don’t have too much information yet, but we will by then for sure, and it will be interesting and difficult as well.”

Finally, when asked what sets Liverpool apart from the rest of the world, Klopp did not hesitate to claim that the atmosphere at Anfield is the best around.

“European nights at Anfield. They are probably the best in world football,” Klopp said. “​Dortmund