One of the most hotly-anticipated days in the footballing calendar is almost upon us. The Copa Libertadores prizes The big match – the first year in its new single-leg format – was originally scheduled to be played in Chile. However, amid safety concerns following the 2019 Chilean protests, the decision was made on 5 November to move the game to Peru. 18 days before the final. EIGHTEEN.

Lima’s Estadio Monumental ‘U’ will therefore host the prestigious clash, and 80,000 fortunate ticket holders will witness one of the biggest sporting events of the year.

Last year’s superclasico final between rivals Boca Juniors and River Plate was billed as one of the biggest matches in football history, but this year’s will also go down in the footballing annals, as the competition’s format has finally changed from a two-legged final to a one-off match.

Flamengo and River Plate booked their places in Saturday’s final with victories over Gremio and Boca Juniors respectively, and the build-up to the final has been as controversial as expected.

In an attempt to overshadow the venue debacle, appointed-referee Diego Haro was removed from the game on Tuesday evening, after he broke protocol by giving an interview in which he claimed he had been watching videos to analyse River Plate’s players’ diving habits. Dios 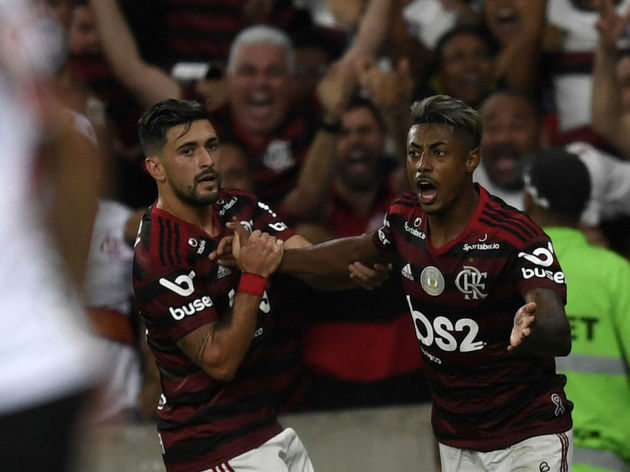 So, we’ve got two in-form teams heading into a Copa Libertadores Final with huge controversy before the first whistle blows… sounds about right.

Both sides come into this cup final with relatively clean bills of health, although there are minor concerns for both managers.

Flamengo’s core group of experienced players are all fit and ready for the final, with Diego Alves, Rafinha, former ​Chelsea full-back Felipe Luis and ex-Roma star Gerson all being given the green light to start. Forward Vitinho is struggling with a muscle injury, but Gabriel Barbosa will lead the line for the ​ex-Inter

River Plate will be without ​ex-Manchester City youngster Bruno Zuculini, who will miss the big clash with a thigh injury. The Argentinian side do not face any other injury worries, so coach Marcelo Gallardo will be able to field an almost full-strength team as they look to retain the trophy.

The two sides have only met twice before, and it’s certainly difficult to separate them. This year’s finalists met in the 2018 edition of the Copa Libertadores, and both games all square. 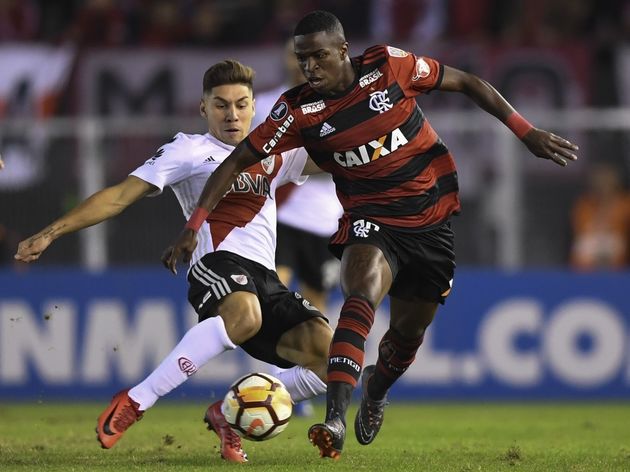 The first fixture was a hard-fought 0-0 draw, with River Plate shading the chances and dominating possession.

River then travelled to Flamengo and looked to be heading towards a 2-1 defeat, until Camilo Mayada levelled the scores with three minutes left to play.

This time however, there must be a winner.

Both sides have played well coming into Saturday’s huge cup final, but Flamengo shade the form table, winning four of their last five matches, whilst River have lost twice in that time.

The games have been coming thick and fast for Flamengo, whose only blemish on their copybook is an incredible 4-4 draw with Vasco. The Brazilian side are scoring plenty of goals and look incredibly dangerous with the ball, and they will provide a stern test for their rivals. River Plate have looked solid in recent weeks, although they did slip to defeat against Rosario earlier this month. Their other defeat came against Boca Juniors, but the 1-0 result meant that Gallardo’s men squeezed through to the Copa Libertadores final.

It’s a cup final between two South American sides. Let’s face it: anything can happen. Amongst all the scraps and yellow or red cards, a game of football might break out, and Flamengo’s good form may put them in the driving seat. ​The Brazilian side have bags of goals in their team, and they possess one of the stars of the tournament in Gabriel Barbosa. River Plate are as tough a competition as they could possibly face, but Flamengo’s fire power may be the difference on Saturday evening.