Liverpool defender Joel Matip has offered a promising update on the state of his own fitness going into this weekend’s clash with Manchester United at Old Trafford.

The centre back suffered a knock in the Reds’ Premier League outing against Sheffield United at the end of September, and was subsequently ruled out of the following games against Red Bull Salzburg and Leicester in the Champions League and league respectively. 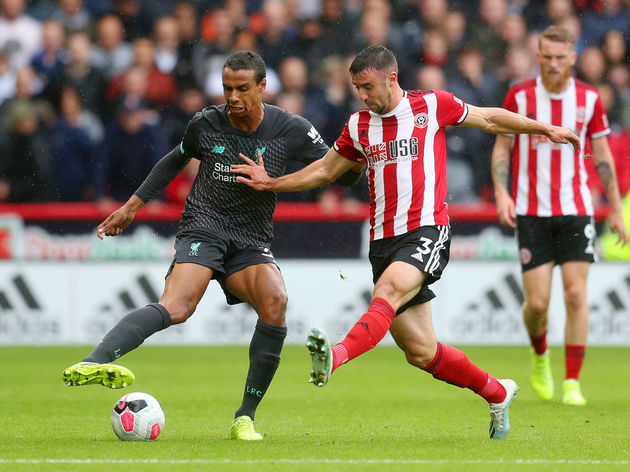 However, the Cameroonian – who has not played for his country since 2015 after falling out with a number of people within the setup and effectively retiring – used the international break to accelerate his return to full fitness, and it now seems like this has paid off.

The 28-year-old has returned to first-team training at Melwood and, speaking to the club’s official website, he explained: “I’m back in training and hopefully I will stay fit.”

He then revealed he was feeling ‘good’ before adding that, if he’s ‘needed’, he’s more than willing to step back into the action for this weekend’s massive game in Manchester.

“I’m back in training and I feel good,” he said. “Of course, if I’m needed, I will be there. Injuries [happen] to a player. Now I’m back, I hope I stay fit and I can focus on the positives.”

Whether Jurgen Klopp will opt to use him or not is, of course, a completely different question, with the German notoriously cautious with players returning from injury.

This trait has born out with the treatment of Brazilian goalkeeper Alisson Becker, who has been sidelined since the opening day of the 2019/20 Premier League season with a thigh issue, though he is another who could make his return this Sunday after undergoing a similar rejuvenation in the international break.

However, the ​Liverpool boss will undoubtedly be aware that neither player need be risked against Ole Gunnar Solskjaer’s side, with Joe Gomez, Dejan Lovren and Adrian all capable of filling their respective boots.