Premier League players collectively suffered as many as 804 separate injuries during the 2018/19 season. On average, they missed around 8% of the campaign, with the division’s clubs shelling out a combined total of £166m on wages for injured players.

Unsurprisingly, the higher a club’s wage bill, the more an injury will typically cost them. 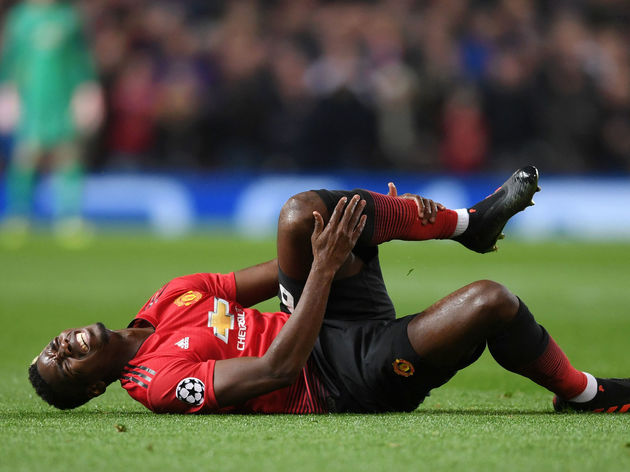 City spent £23m of that total, with three of their players alone combining to miss more than 150 days of what would still prove to be a title winning campaign. Star midfielder Kevin De Bruyne was the highest quality injured player, missing more than 50% of the season.

United spent marginally less on injured players – £20.7m, but significantly more than Arsenal (£14.4m), who spent third most. Alexis Sanchez also featured highly on the ‘percentage of season missed vs player quality’ scale, although fans would certainly argue against the latter.

In terms of proportional cost, the Manchester clubs weren’t quite as out of pocket as the raw numbers would suggest. At the Etihad Stadium, the cost of injuries accounted for 19.9% of the club’s annual wage bill, while it was 19.7% at Old Trafford.

Two other sides actually spent more proportionally on injured players. They were Tottenham and West Ham, where 20.1% and 20.3% respectively of wages went to injured players. That is more than one fifth of each side’s total annual salary costs going to individuals unable to play.

At the opposite end of the spectrum, injuries cost Wolves virtually nothing compared to some clubs. Their injuries cost them just £680,000, the costliest being a 27-day layoff for Diogo Jota. As a proportion of their total wage bill, the cost of injuries came in at just 2.4%. Leicester (6.1%) and Chelsea (8.7%) were other clubs that fared relatively well in this respect. Every other club in the Premier League spent at least 10% of their annual wage bill on injured players.

Cost of Injuries for Premier League Clubs During 2018/19 Season: