Now 22, Wesley has enjoyed a strong start to his Villa career after joining from Club Brugge in the summer, scoring four goals in his opening eight Premier League games.

Whilst he is now fulfilling his dream and scoring goals in one of Europe’s major leagues, Wesley faced a difficult time in his teen years, having two children by the time he was just aged 16. 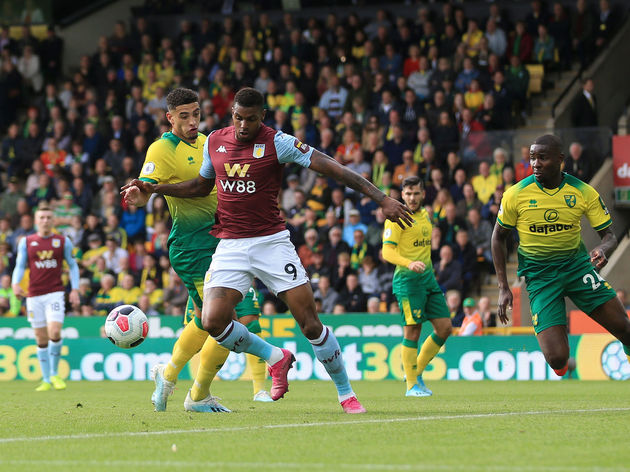 Speaking to​ Sky Sports, Wesley recalls this time of life, stating: “I had my first child when I was 14 years old. It was difficult because it was during this time that I started to try and play football professionally. I had to work in the day and then go to training in the evening.

The Brazilian received a breakthrough at 17 when he trained with the Atletico Madrid first team for six months on trial. Wesley recalled this breakthrough time, adding: “I played there when I was 17 for six months. I was a little bit afraid with these big players there – Diego Costa, Miranda and Raul Garcia – but it was amazing.”

Sadly for Wesley, his trial ended without him signing a deal, meaning he eventually found himself playing for Slovakian side Trencin at aged 19, and he admitted he struggled with the cold climate.

He added: “The first few weeks there were difficult. It was very cold. The first three months, I think it was snowing all the time.

“I came from Brazil and I couldn’t feel my feet, so it was difficult to play football.” After impressing in Slovakia, he converted from a midfielder to a forward when he joined Club Brugge in 2016, where his impressive performances led to Villa taking a punt on the huge striker this summer.

Wesley will hope to maintain his good scoring record and keep making his family proud when ​Villa take on Brighton at Villa Park on Saturday.