When the dust had settled on that farcical episode though, many pundits speculated that the Foxes had quietly conducted some of the most intelligent business in the Premier League.

Their strong start to the season, in which they have managed to win half of their games so far, seems to corroborate these evaluations.

Youri Tielemans – a man described as the ​biggest bargain of the summer in July has continued to impress at the King Power Stadium. Joining permanently for £40m following a loan spell last season, the central midfielder has not missed a league game so far this campaign.

After getting off to a bit of a slow start in the Foxes’ opening few fixtures, the Belgian has found his feet in recent weeks and was extremely impressive in his side’s 2-1 win over ​Tottenham. Against the Lilywhites, Tielemans was combative and creative in equal measure, contributing significantly to ​Leicester winning the midfield battle.

The 22-year-old’s standout performances however came against ​Bournmeouth. Tielemans scored and provided a beautiful one-touch pass to assist ​Jamie Vardy’s second of the game in a 3-1 win.

He’s vital to Brendan Rodgers’ playing style, conducting the Leicester orchestra from midfield. Spurs and ​Manchester United will both be kicking themselves that they couldn’t sign him in the summer. Another player tipped as a real ​bargain this summer, James Justin has had his playing time restricted by the impeccable form of Ricardo Pereira.

Brought in from Luton Town after helping the Hatters secure promotion from League One, Justin is comfortable on either defensive flank and is a real threat going forward.

He demonstrated this recently in his only start of the season in a Carabao Cup game against, ironically, his former employers. 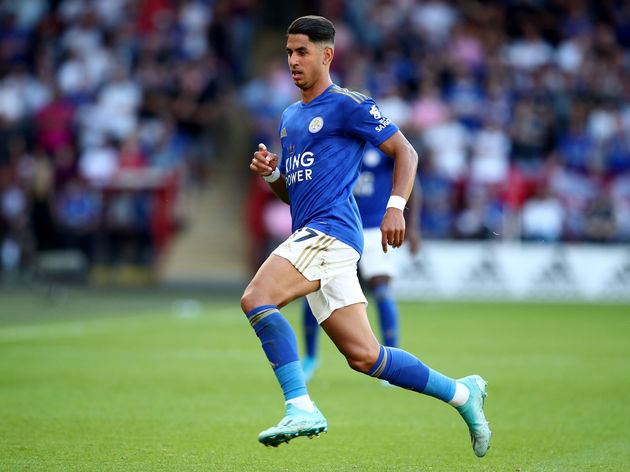 ​Ayoze Perez’s signing came somewhat out of the blue. In a rare occurrence in the current transfer market, rumour became fact in a matter of days, much to the ire of ​Newcastle United fans.

Perez’s versatility has meant he has been shoehorned into a number of positions in Leicester’s front line, limiting his effectiveness so far.

Always a willing worker, when playing out wide Perez has a tendency to drift inside which can often leave the central half spaces congested. However, it does allow Ricardo Pereira to overlap which has been an abundant source of chance creation for the Foxes this season.

Perez is probably best suited to playing behind the striker and he created Leicester’s equaliser against ​Liverpool playing in this area. With James Maddison performing so well though, the 26-year-old will probably have to make do with competing for a wide berth for the foreseeable future. ​Brought in on transfer deadline day to little fanfare, Dennis Praet’s start to life at Leicester has been a pleasant surprise.

Critics questioned where Praet would fit into the team owing to the Foxes being well equipped in midfield already, but the Belgian has played his way into contention with a string of elegant performances.

Praet carries the ball forward with confidence and his passing is always positive and probing, as he demonstrated in his side’s 5-0 demolition of Newcastle United.

One of the latest products that have come out of Genk, where