​With an abundance of stars in their ranks who play for their national squads, there were a host of Arsenal players who weren’t granted time off over the recent international break.

All the players who took part over the last two weeks were due back at the club on Thursday, with some mixed results falling the way of the Gunners’ stars as they prepare for the return of league football.

Here’s how they got on as they shift their attentions towards Sunday’s ​Premier League clash with Watford.

The midfielder impressed after being handed a start for Spain in their Euro 2020 qualifying clash with Romania. In just his seventh cap for La Roja, Ceballos played 76 minutes and had a prominent role of both of his side’s goals.

He won the foul that awarded the visitors a first-half penalty, then played a superb defence-splitting pass in the build-up to Paco Alcacer’s goal, which proved to be the winner.

Despite playing well in the hostile atmosphere, he was an unused substitute as Robert Moreno’s men ran out 4-0 winners over the Faroe Islands in their following match. 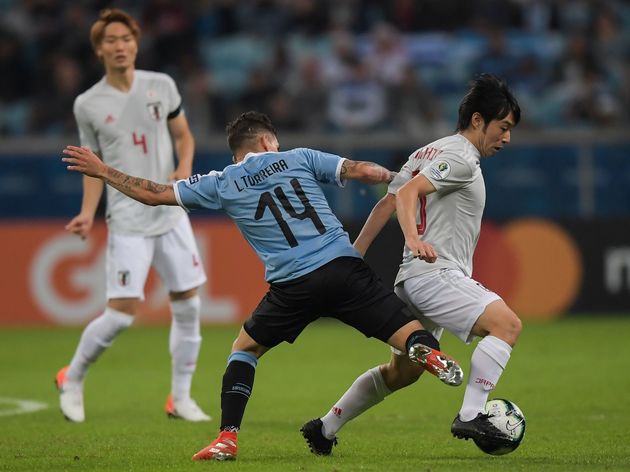 It will be an issue of concern for Emery heading into the weekend’s game, as Lucas Torreira was withdrawn before half-time of Uruguay’s 2-1 friendly win over Costa Rica. The midfielder requested to be taken off, in what would appear to be a precaution, as goals from Greece’s hopes of qualifying for next year’s European championships are all-but over after two disappointing results. Sokratis played every minute of his side’s 1-0 defeat to high-flying Finland, but was powerless as Teemu Pukki’s penalty sealed the win for the home side.

In their next match against bottom side Liechtenstein Sokratis wore the captain’s armband, but once again he was unable to inspire He saw better success in their second match as Switzerland saw of Gibraltar 4-0, with Xhaka earning an assist in the match. One issue for Emery, however, was that Xhaka needed to be withdrawn after 74 minutes with an apparent Achilles injury. Having already demonstrated his goalscoring ability during his season-long loan spell with Leeds United, Nketiah transferred that form over to the international stage with a brace in his side’s win over Turkey.

The 20-year-old struck either side of a Turkey double in their 3-2 win, to get their Euro Under-21 qualifying campaign off to a winning start. Nketiah then started in the following clash with Kosovo as the Three Lions secured a 2-0 win to make it two wins from two in Group C.

Nelson also played his part in those clashes, netting the third goal in their victory over Turkey as the ​Arsenal duo both got on the scoresheet in the impressive win, with Nelson’s goal proving to be the winner.

The 19-year-old also started in the win over Kosovo, but was withdrawn after 61 minutes after a solid shift from Aidy Boothroyd’s men. The Arsenal goalkeeper was an unused substitute in both of his side’s matches in Euro 2020 qualifying, with the German unable to dislodge Manuel Neuer and Marc-Andre Ter Stegen from the number one and number two spots respectively.

Germany fell to a 4-2 loss at home to Netherlands in their opening fixture of the international break, before getting back to winning ways with a 2-0 win over Northern Ireland.

Arsenal Players With No International Football This Month: