Football’s approach to concussion has been criticised over the years when compared to other contact sports – most notably when German midfielder Christoph Kramer was initially allowed to play on in the 2014 World Cup final, later admitting he didn’t remember the first half. As things stand, suspected concussions in football are subject to a three-minute assessment at the discretion of the match official. But The Athletic reports that a new ‘mandatory 10-minute test’ is at the ‘top of the agenda’ for a set of discussions next month.

The proposed test, which will be addressed by the International Football Association Board (IFAB) at a series of advisory panel meetings on 23 October in Zurich, Switzerland, would take place off the pitch and require a ‘concussion substitute’ to at least temporarily replace the affected player.

Presumably, should the assessment conclude that the player has not suffered a concussion, they could then return to the game and the ‘concussion substitute’ return to the bench.

There will also be considerations over how long before a concussed player can resume training. 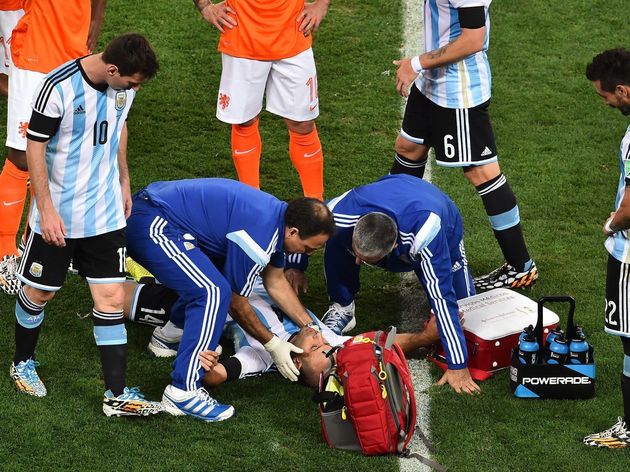 The last IFAB AGM earlier this year saw changes to the handball law and the positioning of goalkeepers for penalty kicks that have since proved controversial, but an updated concussion protocol would be welcome and is long overdue.

FIFA is said to have discussed a similar concussion policy five years ago, but it was concluded that the sport’s ‘universality’ might be compromised if changes brought in at the elite level couldn’t be easily replicated at grassroots level, where concussion is just as much of a danger. Even so, ultimately doing nothing, regardless of whether concussions in football occur relatively infrequently, has been rather neglectful.