​It’s fair to say life at Chelsea for Michy Batshuayi has not been plain sailing – ever since signing for the club in 2016, the Belgian has struggled for game time and has been on numerous loan deals.

However, with Chelsea’s current transfer ban they need to keep important players such as Batshuayi and finally give him a chance to prove himself at Stamford Bridge. Since signing for £33m from Marseille, Batshuayi has played second fiddle to the the likes of Diego Costa and Alvaro Morata. The lack of opportunities forced the Belgian to go on several loan spells at Borussia Dortmund, Valencia and Crystal Palace.

Now with Frank Lampard at the helm, this season could be the chance for the ​Batsman to break into the Chelsea starting line-up.

Even though the 25-year-old has not featured in the first two games of Chelsea’s season, Lampard explained that he is still set for an important role in the squad.

Lampard on Batshuayi’s future: “Michy is here, he is one of our strikers. We have three strikers and there will be opportunities for him over the course of the year. It is important he trains well and is ready to play.” #CFC

​​The forward will be competing with Tammy Abraham and Olivier Giroud this season but with none of those ​strikers yet to stamp their name down as the main choice, the opportunities to impress are still there for the Belgian.

So, why should the Batsman be given the chance this season?

First of all it goes under the radar that the striker is pretty clinical with the amount of game time he has got, scoring 19 goals in just 53 games for the Blues. In his first season in London he scored five goals in only 236 minutes, which equals out as a goal every 47 minutes.

As well as that Batshuayi has delivered when it has really mattered for Chelsea. Blues fans wont forget when he scored the goal to clinch the Premier League crown in 2016/17 in a 1-0 win over West Brom. Neither will they forget the winner against Atletico Madrid with the last kick of the game in the Champions League.

The forward showed glimpses of what he is capable of in pre-season, showing the ability to get shots off from various positions and creating chances out of nothing.

On the ball he showed his pace and skill to dribble past defenders and get shots off, but Lampard has hinted that it’s Batshuayi’s off the ball work that he needs to improve.

However, with time this is something the forward can work on and with a coach that is willing to give him the chance, unlike Antonio Conte and Maurizio Sarri, the Belgian could finally establish himself at Stamford Bridge. 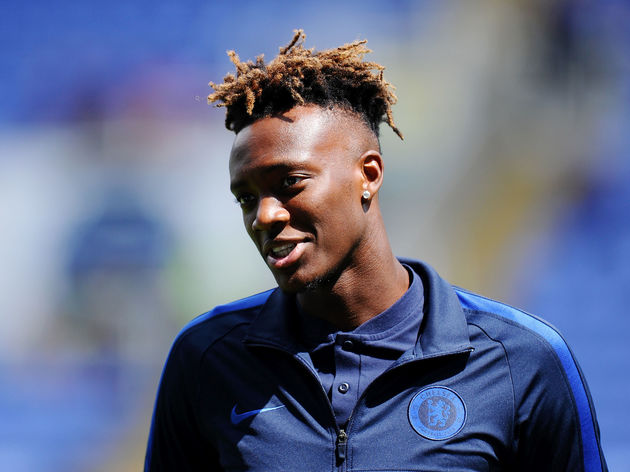 Batshuayi also helps give Lampard a different tactical route as the forward can be very useful when playing in a two up top. In his time at Marseille, he showed he was capable of working in a two, and was successful doing so – scoring 17 goals in the 2015/16 season.

In pre-season, Lampard tried out the partnership of Batshuayi and ​Abraham up front for the Blues. Considering it was the first time they had ever played together they were impressive in terms of movement