30-year-old Seattle Seahawks quarterback Wilson has lived in the city since 2012 and is currently the highest paid player in the NFL, while his wife Ciara is a Grammy award-winning solo artist.

The high profile couple have joined forces with Mackelmore and ten other families, all of whom have direct ties to Seattle, as the franchises new owners, taking on running of the club alongside previous owner Drew Carey.

Speaking to the club’s ​official website, Wilson revealed he has big ambitions for Seattle’s future, stating: “Seattle means so much to me and Ciara. We’re fired up about being part of the Sounders for a long, long time, having ownership in the Sounders and continuing to build that winning culture.

“When I got here in 2012, Seattle was a place that I felt I could call home forever. And obviously because of the Seahawks, and now because of the Sounders, it makes that really come to life. This city is a special place.

“The Pacific Northwest is a place we love and we get to raise our kids here and have a lot of fun while doing it. We want to bring the best soccer players in the world right here to Seattle.”

Ciara added: “This is not only a special moment for Russ and I, but for our kids as well. When we walked into the building and our kids were running around with their names on their little jerseys, it meant a lot for so many reasons. 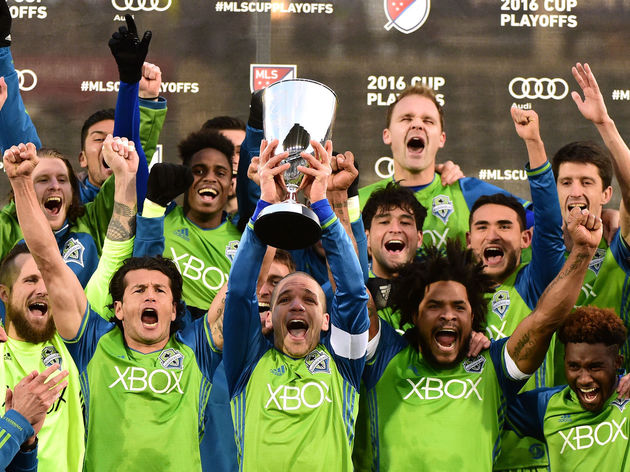 “It’s an honour to join the Sounders team and have the unique opportunity to represent female ownership within major league sports. The team has already done some amazing things, but I believe the best is ahead and we’re excited to be part of that.”

The Sounders won the MLS Cup in 2016 and are currently second in the western conference behind Los Angeles after 24 matches. They have been struggling in recent weeks, however, having failed to win any of their previous three home games.

Wilson is also part of a group working to bring NBA basketball back to Seattle, as well as investing his time and money in an attempt to bring MLB baseball to Portland.