Calum Chambers is ready to challenge deadline day signing David Luiz for a starting spot in the Arsenal defence.

The former Southampton trainee started alongside Sokratis on the opening day of the season against Newcastle, helping his side to a 1-0 win – as well as helping Arsenal match their clean sheet record for the entirety of the 2018/19 campaign.

A very impressive return to action from Calum Chambers, who showed he could offer Arsenal something different at the back https://t.co/8AGGiIZ5BY

But the arrival of Luiz from Chelsea has cast a doubt over his continued selection in the Arsenal side, with Chambers looking to establish himself after spending last season on-loan at Fulham.

The 24-year-old insists, though, that he is up for the challenge, claiming healthy competition for places can only be a good thing.

“He seems like a great guy. He is a great player, too,” Chambers said ahead of Arsenal’s win over Burnley, as quoted by the Evening​ Standard.

“Competition will bring the best out of people. At a club like Arsenal that is how it should be. 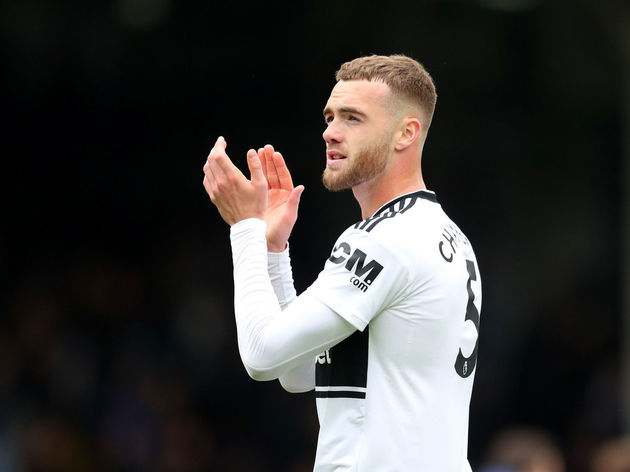 “It was always my aim to come back, I went into the loan spell and was fully focused on giving everything for that club in every game and training session. I didn’t think about the future, but before I went the plan was to go, gain experience and come back.”

The deadline day signing of Luiz has been widely regarded as the surprise signing of the summer transfer window, even though Chelsea boss Frank Lampard was unable to guarantee the Brazilian a starting role at Stamford Bridge.

His experience – consisting of 160 appearances and a Premier League winners medal, as well as Champions League and Europa League successes – could prove invaluable to Unai Emery’s Gunners, as they seek to qualify for next season’s Champions League.

And if his first game is anything to go by, he could help the Gunners achieve exactly that – after knocking off Burnley 2-1 at the Emirates Stadium to go, albeit briefly, top of the table.