​Arsenal stumbled to a 2-1 win against Burnley in their first home game of the season, keeping up their 100% winning record against Sean Dyche’s side.

It was a strong start from Unai Emery’s side in the north London sunshine and Alexandre Lacazette had the ball in the back of the net after just 12 minutes, showing off his physicality to collect the ball from a corner before firing it in between Nick Pope’s legs.

Bernd Leno then showed off his reactions to deny Ashley Barnes from point black range at the other end of the pitch, but the 29-year-old did eventually get on the scoresheet after finding himself unmarked from a few yards out. 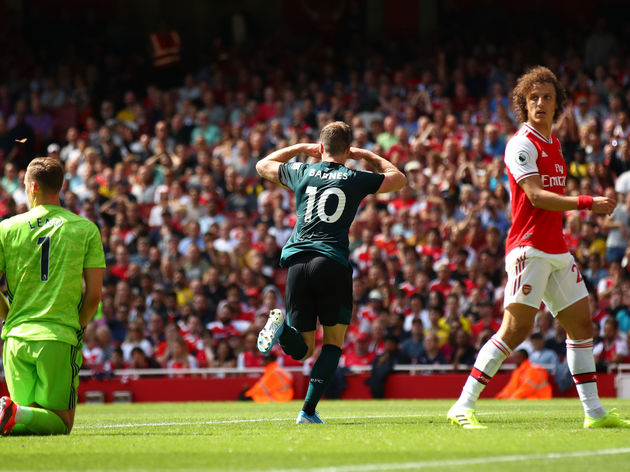 There was just enough time before half-time for Reiss Nelson to have a goal ruled out for offside, but even the Video Assistant Referee couldn’t stop Arsenal re-taking the lead through last season’s top goalscorer Pierre-Emerick Aubameyang.

Slick passing and devastating counter-attacks is nothing new for Arsenal in the Premier League, but Unai Emery’s side for large parts of the match were able to match Burnley’s predictable physical approach.

The Clarets still got the better of Arsenal in a lot of 50-50 challenges, while their tight pressing game also forced Saturday’s hosts into mistakes every now and then, but for the most part, Emery’s side weren’t out of their depth going toe to toe with Burnley.

Even after conceding just before the half-time whilst, Arsenal didn’t implode on themselves like they have so often over the years, instead sticking to the game plan and going on to win the match using their philosophy.

Odds on Arsenal fans to be clamouring for the club to make Dani Ceballos’ loan move permanent?

The Real Madrid star hit the ground running on his first-ever start in north London, keeping fans at Emirates Stadium on the edge of their seats with his delicate touches, sublime passes and ability to dance past Burnley’s midfielders.

I like this Ceballos guy .. seems a real talent 

Ceballos has glue on his boots man!

Very important to keep analysis sober and grounded early in the season but Dani Ceballos is tall Santi Cazorla.

It was a near-perfect performance from Ceballos, who also set up Alexandre Lacazette for Arsenal’s opening goal in the first-half and Pierre-Emerick Aubameyang’s after the break.

Burnley’s pressing game caused Arsenal all sorts of problems throughout the match, offering other teams in the Premier League a template of how to play at Emirates Stadium.

While ultimately it wasn’t enough to come away from north London with at least a point, that was largely as a result of leaving too much space for Arsenal to attack in wide areas. 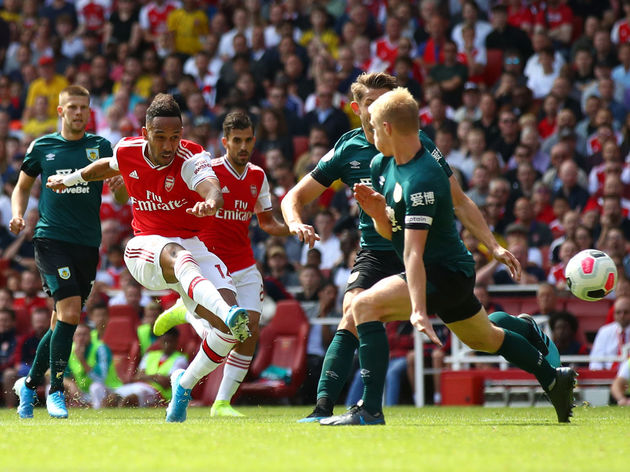 Erik Pieters and Dwight McNeil were being caught out time after time throughout the first-half, while the introduction of Nicolas

Scoring 12 goals in the calendar year already, Ashley Barnes has now scored in his last three appearances against Arsenal, once again causing the Gunners problems with his smart movement and fantastic positional play.

Ashley Barnes for the Golden Boot. What a league 

The 29-year-old needed a slice of luck to get his name on the scoresheet at Emirates Stadium, but it was a goal that was made possible thanks to his positioning in between two Arsenal defenders.

Ultimately Barnes found himself on the losing side, but he once again showed that Arsenal can’t handle him and why he’s continuing to lead the line for Dyche’s Burnley.

Arsenal will be looking for some much-needed rest before travelling to face Liverpool next week, while the first north London derby of the season is also just around the corner.

Burnley, meanwhile, return to Turf Moor looking to make it two wins from two at home when they welcome Wolverhampton Wanderers to Lancashire on Sunday.