​Just take yourself back a year.

It was a better time, but more importantly, it was a funnier time.

Perhaps most memorably, Kieran Trippier was attracting interest from all sorts of clubs. Playing at right wing back during the World Cup, the former Burnley man was afforded all the time and space he wanted in England’s group stage games and against Colombia and Sweden in the knockout rounds, and he was serving up delicious cross after delicious cross. 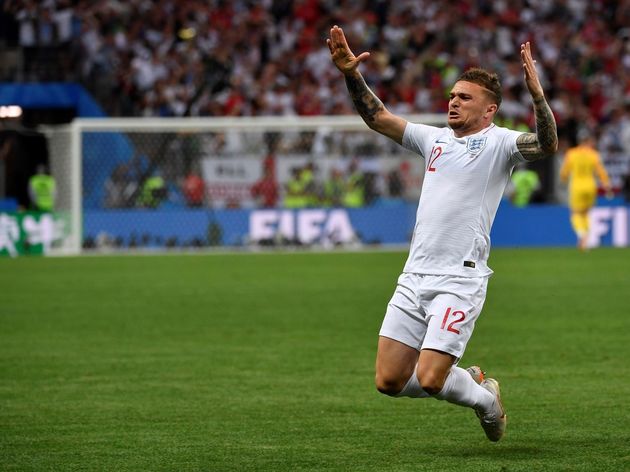 Most Tottenham fans had run out of patience with Trippier, so his ​impending move to Atletico Madrid comes as a welcome change of pace for both Spurs and the right back, as harsh as that may sound.

For Trippier, he’s probably learned as much as he can under Pochettino. In Diego Simeone, he will have another aggressively intense and loving Argentine, but one who can tell him how to defend in one of the greatest defensive teams around in Europe (even if that team is being pulled apart limb by limb).

For Tottenham, it’s a chance to throw either Kyle Walker-Peters or Juan Foyth into the spotlight, or reinvest the £25m thought to be gained from the Trippier sale into a player more in the mould of former star Walker. Because let’s face it: when Tottenham were at their best under Pochettino, back in the 2016/17 season, it was when Walker and Danny Rose were charging up and down the wings as genuine attacking threats.

Obviously, ​Walker left to join Manchester City at the end of that season, while Rose has struggled with injuries and a lack of form. While Trippier and Ben Davies are decent options, having them start each week reduced Tottenham’s attacking threat, making them a narrow side overly reliant on their creative midfielders, contributing in a minor way to the burnout of both Christian Eriksen and Dele Alli.

Trippier’s market value was probably at its highest after the World Cup, but the fact that Daniel Levy can still squeeze £25m out of one of Europe’s heavyweights is a testament to his famous skill as a hardened negotiator. Ultimately, the offer seems too good to pass on, especially when Trippier was bought for just £3.5m in the first place. Everybody wins here. Trippier has a chance to test himself at a club that knows how to win trophies, as opposed to one still figuring it out, while Spurs can find the right candidate to fill their right back spot.

So Kieran, thanks for that performance against Real Madrid, your debut goal against Watford, and your free kick against Fulham, but it’s kinder this way.