​Juventus have reached a deal with Pro Evolution Soccer producer Konami, giving them the exclusive rights to the club’s licence ahead of the release of PES 2020.

This agreement ends their rights partnership with FIFA and means that PES will be the only game in which you can access a fully-licensed Juventus team.

For FIFA fans, ​Juventus’ name, kit, and badge and will be changed, but their players will maintain real-world names and likenesses.

While this is disappointing news for FIFA players worldwide, PES players will have plenty to look forward to as a result of this extraordinary deal.

“We are incredibly honoured & excited to announce our EXCLUSIVE partnership with the most successful club in Italy; Juventus,” Konami reported on their twitter page.

We are incredibly honoured & excited to announce our EXCLUSIVE partnership with the most successful club in Italy; @Juventusfcen.

​EA Sports then announced the news on their own page, explaining the consequences of the deal that will take place in next year’s game.

“Piemonte Calcio will be a new playable team in FIFA 20 with a custom badge and kit throughout Kick-Off, Career Mode, and EA SPORTS VOLTA Football.” 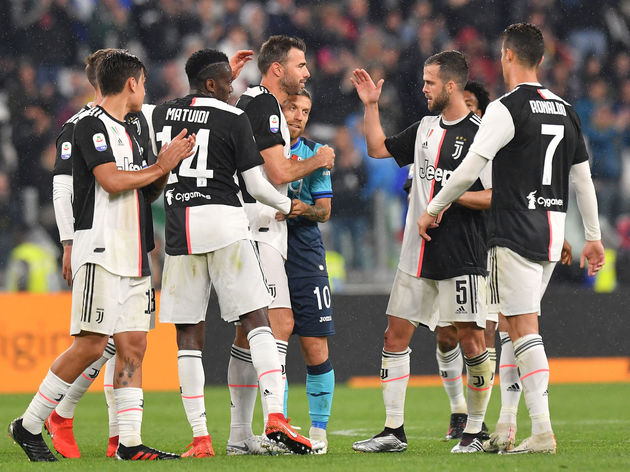 For those who play the Ultimate Team version of Fifa, EA Sports reassured their fans that Piemonte Calcio players will be included in the FUT platform.

Juventus are not the first team to make this switch however, as they follow in the footsteps of Spanish giants Barcelona.

It will almost certainly end Cristiano Ronaldo’s time as the face of the Fifa franchise, having been the star of the Fifa 18 and Fifa 19 game cover.

Why Will Juventus Be Called Piemonte Calcio?