​Antoine Griezmann’s plaque outside the Wanda Metropolitano has been vandalised following the forward’s controversial move from Atletico Madrid to Barcelona.

Back in 2018, Griezmann had stated his desire to stay with Los Rojiblancos, spurning interest from Barcelona, but performed a U-turn to complete a €120m move this summer. Atletico Madrid have ​since threatened legal action over the transfer.

As the fallout of the move continues, Atleti supporters have made their feelings towards Griezmann by vandalising a plaque adorned with his name outside the club’s stadium, the Wanda Metropolitano.

That plaque has now been vandalised with the words ‘rata’ and ‘traidor pelo mocho’, which translate as ‘rat’ and ‘mop haired traitor’ in English.

Speaking at his press conference ​following his unveiling this week, (as quoted by ​Marca) Griezmann said: “If I have to say sorry, I’ll do it on the pitch. It’s [the place] where I best do the talking.”

​Thibaut Courtois, another former Atleti star, received similar treatment earlier this year as he prepared to return to his old club with his new side ​Real Madrid.

The supporters of Atleti ​could not forgive the Belgian keeper following his decision to join their arch rivals, albeit with a four year spell at ​Chelsea in between.

Courtois made 111 appearances for Los Rojiblancos, while Griezmann played 257 times, scoring 133 goals in the process. 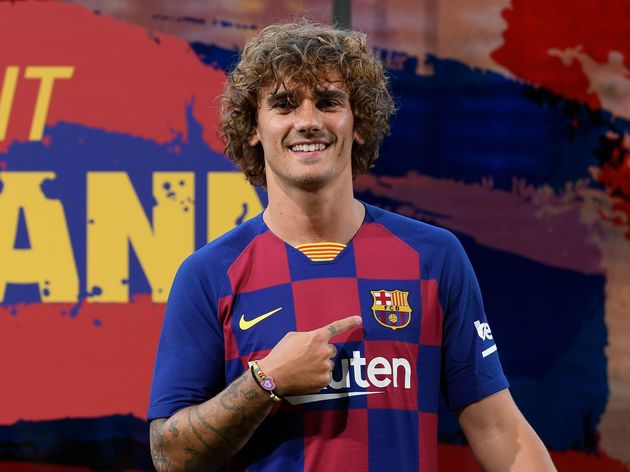 The Frenchman had been the subject of heavy interest following a shining display in France’s Euro 2016 campaign, in which he ended as runner-up to Portugal. Despite staying with the club for a further three seasons, fans are unwilling to forgive the man they once used to idolise.

​Barcelona will meet Atleti at the Wanda Metropolitano in ​La Liga in the first weekend of December, where Griezmann will expect a less than welcome reception.