The second match in the group stages can often be decisive, and on Friday six more teams at the 2019 Women’s World Cup could see their fate determined, as they look to progress to the round of 16.

All six teams showed promising signs in their first games, despite not all getting the result they wanted. Jamaica and Scotland both fell to defeats, but will take something away from the manner in which they each performed. Japan and Argentina played out the tournament’s first stalemate, and each team will be looking to push on and pick up the points needed to finish in the top two of Group D.

Lastly, England and Italy will be hoping to build on opening game victories which saw them both come away on the right end of a 2-1 scoreline.

Check out 90min’s preview of the three Friday fixtures below.

Following their disappointment at the opening game defeat to neighbours England, Scotland’s mood will have improved upon seeing Japan’s deadlock against Argentina. That result means that it is back in the Scots’ hands, and two victories from their remaining two games will see them progress to the knockout rounds.

Japan have featured in the last two World Cup finals, so understandably come into this year’s contest with some expectation on their shoulders. However, there had been some questions over their form in the lead up to Monday’s game, and those fears were justified. A resolute Argentina side picked up their first ever World Cup point, while Japan will be disappointed with their lacking of cutting edge in attack.

There were no injuries from a Scotland perspective when they took on England on Sunday evening, but Shelley Kerr will have some decisions to make ahead of the Japan game. Erin Cuthbert cut a lonely figure at times against England, and Kerr may look to address that by adding another attacker into her lineup.

Kumi Yokoyama went straight down the tunnel after being substituted on the hour mark of Japan’s 0-0 with Argentina, and looks likely to miss out against Scotland. Elsewhere, manager Asako Takakura may look to bolster her attack after looking so blunt in their first game.

The Tartan Army prepared well for the World Cup with four wins out of five going into the opener against England. The Scots beat Brazil as recently as April, so have shown they have what it takes to come out on top against talented opposition. Failure to beat Argentina was the continuation of a recurring theme for​ Japan, as they have made a habit of drawing games, with four of their seven matches in 2019 ending in a stalemate. Two of the other three fixtures this year ended in defeat, meaning Japan are in somewhat of a rut ahead of their second group game.

Jamaica are looking to put opening game defeat to Brazil behind them as they take on Italy, hoping to keep their World Cup hopes alive. Despite losing 3-0, the ‘Reggae Girlz’ had plenty of openings and were unlucky not to get on the scoresheet.

Italy will be expecting to build on their dramatic win against Australia with three more points on Friday evening. A win against Jamaica would put Italy on six points and all but guarantee their place in the knockout stages.

Despite the defeat, the Jamaica came through their ​opening game without any injury problems, and could name the same starting lineup against Italy. That said, Konya Plummer had a difficult afternoon in defence, and may be replaced by Toriana Patterson. Italy looked a lot more solid after the substitution of Elisa Bartoli at half time against Australia and this ultimately led to their late turnaround. Manager Milena Bertolini may be tempted to stick with the defender once again for their second game against Jamaica.

Given their lack of pedigree at the top of international football, Jamaica’s preparation for the tournament was fairly solid. A third place finish in the CONCACAF Championship last year shows that this Jamaica side have a lot to give on the biggest stage, and an upset could very much be on the cards against Italy. 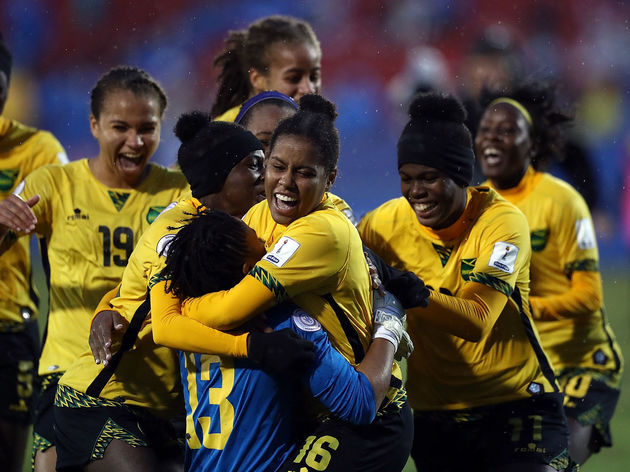 The form shown by Italy in the build up to this tournament has been very good, having not lost since the turn of the year, albeit playing weak teams in most of these games. But the positivity garnered from their pre-tournament wins is what carried them through to pull off an unlikely win against the Matildas.

England are looking to build on their win against Scotland and take their tally in the group to six points when they face Argentina on Friday night. A brilliant first half display in that game was followed by a more lacklustre showing in the second period, so Phil Neville will be hoping for a more complete performance on Friday.

Argentina’s draw with Japan gave them their first ever point in a Women’s World Cup, as they showed their defensive solidity and suggested that the Lionesses will need to be on top form to break them down.

Phil Neville will be waiting to hear on the fitness of Millie Bright after she went off with a head injury against Scotland. She is expected to make a recovery, but the Lionesses boss may opt not to risk her for a game where England will not be tested too much defensively. Argentina got through their match with Japan without any injury worries, as they executed their game plan perfectly from start to finish. Manager Carlos Borrello is expected to name the same starting lineup when they face England on Friday.

England’s form approaching the World Cup has been very positive and, following their victory in the SheBelieves Cup in March, will​ be confident of going all the way in this tournament too.

Following a dreadful start to the year in which Argentina lost three games against South Korea, Australia and New Zealand by an aggregate score of 10-0, the Argentinians recovered with a 3-1 win over Uruguay prior to their World Cup opener with Japan.