The Italian midfielder only joined Chelsea last summer from Napoli, having been Maurizio Sarri’s key target when he took charge of the club after joining from the same Serie A side.

A key component of ​Chelsea’s ‘Sarri-ball’ play, the style implemented by their now departed coach, Jorginho has come under scrutiny from some sections of the Blues support, for, well, not doing very much.

Nevertheless, there are some who appreciate his worth in the side, acting as the pivot of their midfield, and rumours had emerged Sarri may seek to be reunited with his former star in Italy, or a possible return to ​Napoli.

“Chelsea have a four-year contract with the lad. We’ll wait a few days to figure out whether there is any truth in this interest,” Santos said of a potential return to ​Mirror

“His past at Napoli won’t be an issue, because Jorginho is a professional. 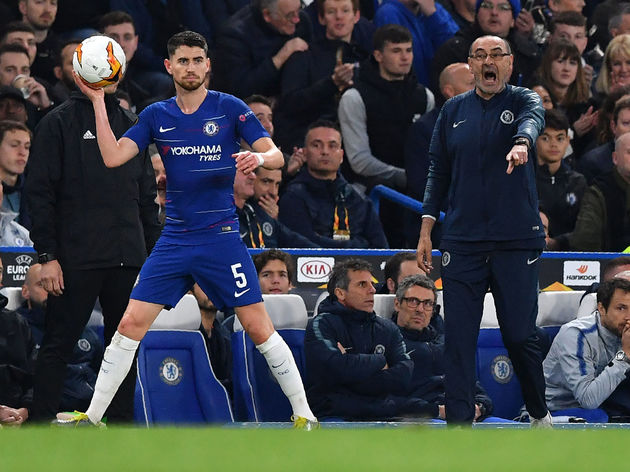 Secondly, Chelsea have no obligation to sell. Jorginho signed a five-year-deal just last summer and it would surely take an offer well in excess of the fee they paid last summer to see him leave. Given Juventus’ financial situation, this seems an unlikely option for them.