​Watford will take on Premier League champions Manchester City in this year’s FA Cup final at Wembley on Saturday evening.

The Hornets have only appeared in one previous FA Cup final, losing 2-0 to Everton in 1984. Javi Gracia’s men have had a downturn in form over the last few weeks, dropping from eighth to 11th over the course of the final three matches of the season,Watford will have to figure out their sudden struggles if they are to compete with the Citizens in this match.

Here’s how Gracia may line up his team to take on City in the ​FA Cup final. Heurelho Gomes (GK) – With the final being Gomes’ last match as a professional, it would be an incredible achievement if he can go out with the FA Cup. The 38-year-old has never won a trophy in England but has played well in this year’s cup, keeping three clean sheets in five matches.

Kiko Femenia (RB) – Femenia has been the regular right back for the Hornets this season, appearing in 33 matches for his side thus far. The 28-year-old will have a tough task against ​City with the likes of Raheem Sterling or Ryhad Mahrez running down his side.

Christian Kabasele (CB) – Kabasele will likely get the nod in the centre of the defence, having started both matches against Manchester City this season. Watford lost both of these matches so he will need to be positionally sound to keep Aguero quiet.

Craig Cathcart (CB) – 30-year-old centre back Cathcart has been ​Watford’s most reliable defender this season, appearing in all but two Premier League matches this season. Cathcart leads the back four but will need help if they are to claim the trophy.

Jose Holebas (LB) – After having his red card overturned for a challenge in Watford’s final ​Premier League match of the season, Holebas will be available for Saturday’s clash. Holebas is their best attacking full back and will be keen on adding to his three goals and six assists this season. 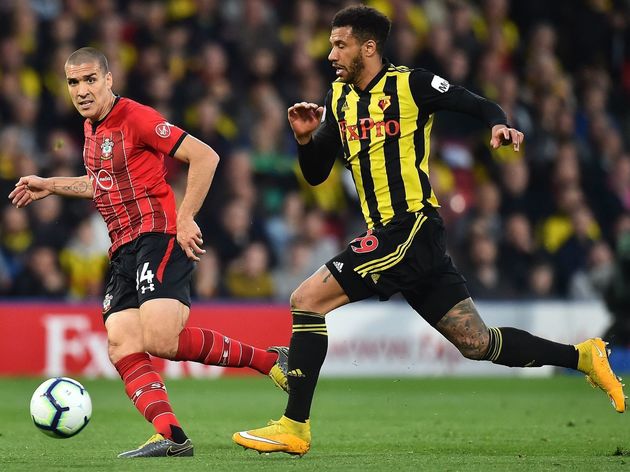 Will Hughes (RM) – Hughes has featured for Watford in every FA Cup match this season so it would be no surprise to see him feature in the final. The midfielder has been efficient this season, scoring three goals and providing five assists in 39 appearances.

Abdoulaye Doucoure (CM) – The 26-year-old Frenchman has been one of Watford’s best players this season, scoring five goals and providing six assists, normally from a defensive midfield position. Doucoure may have the hardest test on the pitch in trying to break up play between the dynamic midfield of City.

Etienne Capoue (CM) – After recently returning from injury, Capoue will sit next to Doucoure in the middle of the park and provide defensive help for his back-four. Capoue took home the club’s player of the season award and the 30-year-old will need to be at his best if Watford are to come away with a trophy.

Roberto Pereyra (LM) – 28-year-old Argentine midfielder Pereyra is the creative mind in the midfield and loves to run at opposing defences to open space up for his teammates. 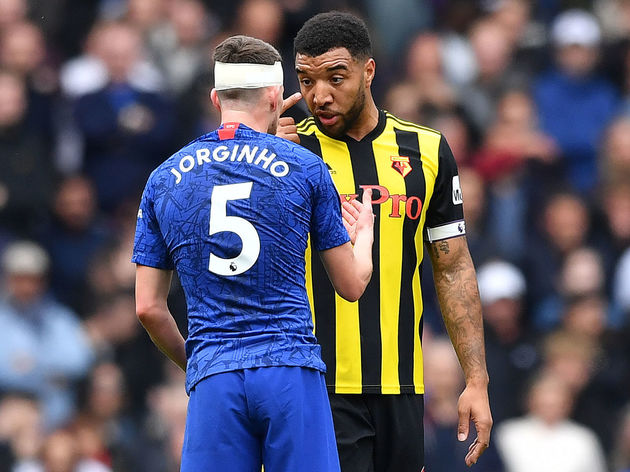 ​Gerard Deulofeu (ST) – Deulofeu’s first full season at Vicarage Road got off to a slow start with a foot injury keeping him out until October. Since he’s been healthy, the Spaniard has inspired some of the Hornets’ best performances this season and scored two vital goals in the semi final against Wolves to help them get to this point.

Troy Deeney (ST) – The captain has been Watford’s driving force all season and is always the man for the big occasion. Deeney provided an assist when Watford previously played City at the beginning of March but will keen to go one better this time.