​Liverpool skipper Jordan Henderson has claimed Mohamed Salah is ready to light up the Champions League final against Tottenham on Saturday in Madrid after he and the rest of the Reds’ squad helped the Egyptian forward get over the heartbreak of being injured in last season’s contest.

Salah had his final cut short after just 31 minutes last season against Real Madrid, dislocating his shoulder in a challenge by Sergio Ramos, which forced him out before being able to make a real impact on the match. Luckily for the 26-year-old, the Reds will get another shot at the biggest club trophy in European football and Salah is desperate to shine on the biggest stage. 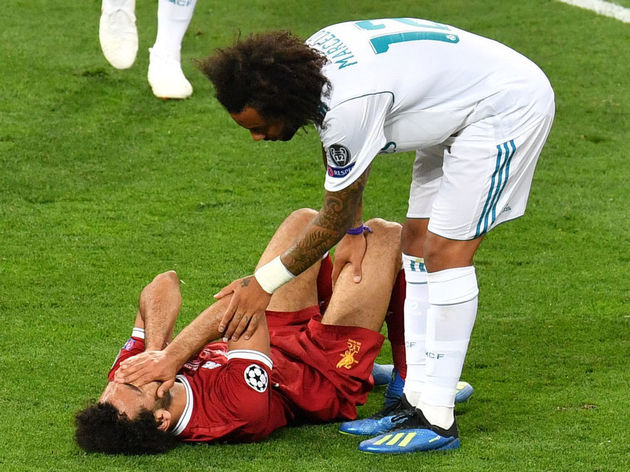 In the aftermath of ​Liverpool’s loss to Real in the final, Henderson has revealed ​Salah’s desire to be the star of this season’s competition. According to the ​Mirror, Henderson stated: “ “You do feel the need as a team to comfort him – as a person rather than anything else. Of course, you do because he was so emotional that he couldn’t contribute to that game as much as he would have liked.