​Ernesto Valverde has admitted his Barcelona side ‘lacked a spark’ as they fell to a 2-1 defeat against Valencia in the final of the Copa del Rey at the Benito Villamarin.

Barcelona were looking to secure their fourth domestic double in the last five years having wrapped up the La Liga title with ease, but whilst they started the better of the two sides they were outdone by Valencia’s devastating counter-attacking prowess. 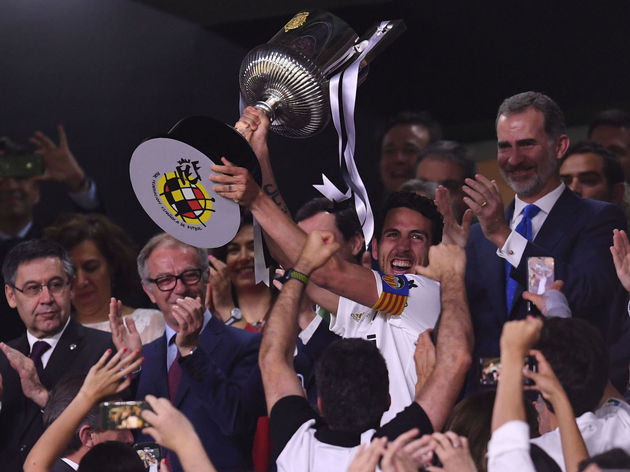 First half goals from Kevin Gameiro and Rodrigo Moreno gave Valencia a two-goal lead at half time, meaning ​Lionel Messi’s close range strike with just 15 minutes left proved to be only a consolation goal as Valencia edged to a ​2-1 win and in doing so won their first Copa del Rey since 2008.

The loss has raised even more questions regarding Valverde’s future as ​Barcelona manager but speaking with ​Marca after the defeat, Valverde insisted he wants to turn things around. He said:

Although it was a courageous performance from Valencia, Valverde then went onto admit that he felt his side lacked a spark during the game whilst also praising his opponents.

He added: “They are great on the counter-attack and they were very effective. We played in their half and arrived easily into the area around their box, but we lacked a spark to finish the moves.”

It’s yet to be seen whether or not Valverde will remain in charge at Barcelona for next season, but after their demoralising Champions League exit at the hands of Liverpool on top of their Copa del Rey disappointment, a ​La Liga title doesn’t appear to be enough for the Barca fans.