Barcelona play their La Liga fixture versus Real Sociedad at the Camp Nou this Saturday afternoon with the triple still very much on the cards.

Ernesto Valverde’s side dismissed Manchester United in their Champions League quarter-final in midweek, a Lionel Messi double and a second-half Philippe Coutinho strike securing a 4-0 aggregate win. Last weekend the Catalans were held 0-0 in league action by Huesca, though they still have a sizeable nine point advantage over Atletico Madrid in second place.

Sociedad are in midtable obscurity after an inconsistent run of form, the Basques currently sitting in 10th position in the table.

Here’s the lineup Valverde could go with for the clash. Sergi Roberto (RB) – Though he lacks a yard of pace, Roberto is an excellent make-shift right-back for Valverde. He offers composure and dependability in a high-pressure position that he is less accustomed to.

Jordi Alba (LB) – 16 assists in all competitions is a superb total for Alba who has developed into one of world football’s top attacking full-backs since switching to the Camp Nou in 2012. 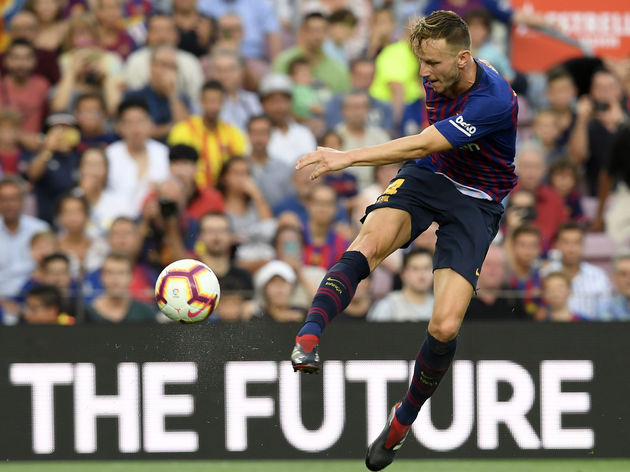 Arturo Vidal (CM) – Another who is likely to benefit from a reshuffling of personnel, Vidal has struggled to make the desired impact at Barcelona. That is more due to the eminent talent of Sergio Busquets than any major failings on the former ​Juventus man’s part.