VAR has become a major talking point in English football over the last year or more after it was first used on these shores for selected FA Cup games last season.

FIFA then made use of the additional technology at the World Cup in Russia. It has since returned to selected FA Cup games in 2018/19, been added to the Champions League by UEFA, and will soon be in use in the Premier League as of next season.

There are myths perpetuated by some pundits, commentators and journalists about how confusing it all is – (it absolutely isn’t confusing at all) – and it hasn’t been without critics, but the system works when correctly used, and actually works well. 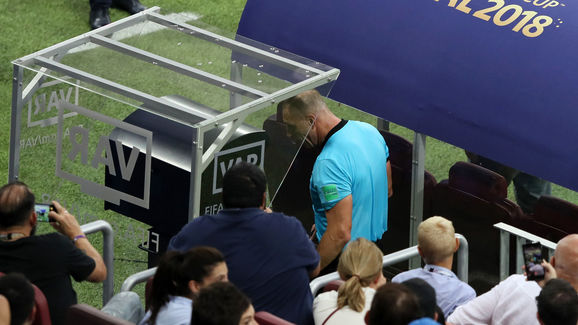 But the reason VAR has specifically become a major talking point again in England this weekend in the FA Cup quarter finals is because it is not a fair system, for the simple reason that not everyone in the competition has access to it.

Throughout the FA Cup this season, VAR has only been in used for selected ties in each round, basically any time a Premier League club has played at home.

It meant that even at the quarter final stage of the competition, with a semi final place at Wembley at stake, VAR was not available in exactly half of the ties in the round. 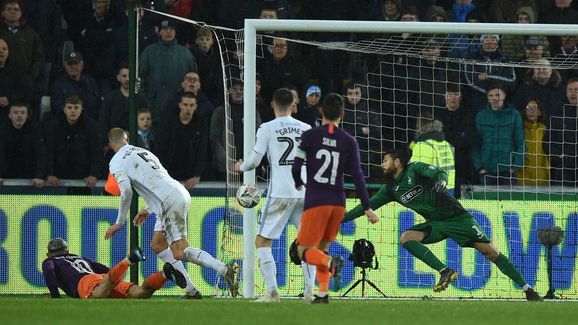 Manchester United were correctly aided by the system, which saw a straight red card shown to defender Victor Lindelof overturned and reduced to a yellow, keeping the Swede on the pitch and avoiding an unwarranted suspension.

There was no call for it in Watford’s win over Crystal Palace, where it was available, but it was needed in the two other FA Cup games that didn’t have use of VAR and could have had definitively changed both ties by reversing multiple incorrect decisions.

On Sunday, Brighton were denied a legitimate winning goal in extra-time against Millwall as a result of an erroneous offside flag. Replays showed why assistant referee Sian Massey had raised the flag against Brighton full-back Martin Montoya as the Spaniard was the first player in her eye line, obscuring Millwall defenders who were playing him onside from her view. But the flag went up nonetheless and Jurgen Locadia’s goal, a more than likely winner, didn’t count. 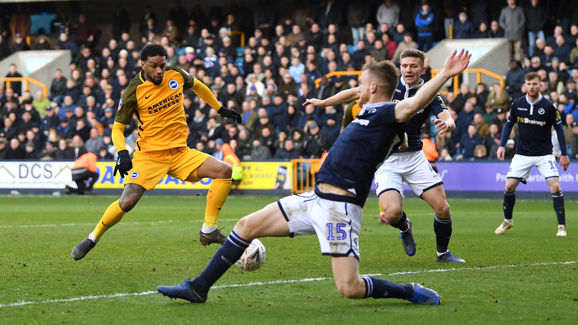 VAR would have easily ensured the right decision was made, but it wasn’t available. The game subsequently went to penalties and the officiating mistake could have cost Brighton their rightful place in the next round. As it happens, they won the shootout and just about made it through.

Swansea weren’t so fortunate. The Championship side were leading Premier League giants Manchester City 2-0 when they needed VAR to potentially overturn a contentious penalty decision that brought Pep Guardiola’s team back into the game. Replays showed Swansea defender Cameron Carter-Vickers played the ball before making contact with Raheem Sterling, yet there was no one to tell referee Andre Marriner the incident was at least worth another look.

After City later equalised via a cruel own goal from superb Swansea goalkeeper Kristoffer Nordfeldt, the winner came in the final few minutes when Sergio Aguero squeezed a header in. It was quickly obvious that Aguero had been in an offside position and that the goal should not have been chalked off, but, again, with no VAR to call upon, it had to wrongly stand. Speaking after the game, Swansea defender Mike van der Hoorn seemed genuinely surprised that VAR was available in two other FA Cup ties over the weekend, but not for his team.

“Is it? That’s a bit rude,” the Dutchman replied when informed of the fact by BBC Sport. “If you do it at one you should have them at all. For us, and even for City, it’s a big game. We want to go to Wembley and [not having it at every game is] a bit weird.”

Use in ‘Premier League stadiums only’ for VAR makes a mockery of the FA Cup.

The system is great for leagues or tournaments where every club involved has the same chance of being affected by it. But where it automatically creates an uneven playing field in other competitions, as proven by the FA Cup this weekend, it is better off not being used at all.