Bayern tried and failed to sign Hudson-Odoi in January, bidding up to £35m, and are expected to return with a fresh offer in summer. Dortmund, meanwhile, have been tipped to begin pursuit of the 18-year-old should Jadon Sancho be sold, potentially to Manchester United. 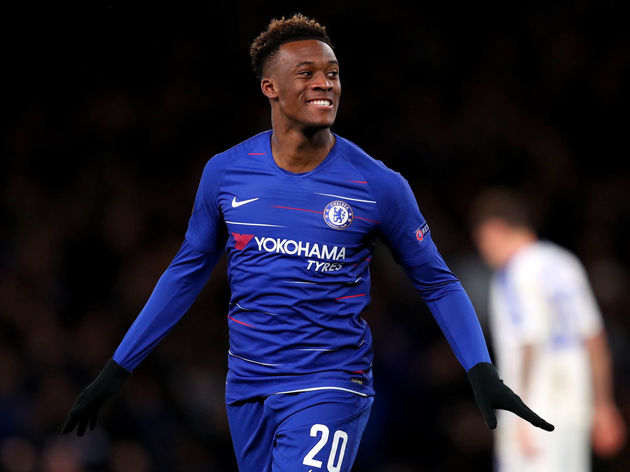 But fresh gossip has also now put Liverpool in the mix for Hudson-Odoi’s coveted signature.

According to SportBild, the Reds are keeping an eye on the 2017 Under-17 World Cup winner.

Bayern are still thought to be favourites to win the race, with SportBild claiming Hudson-Odoi is still interested in making the switch to Bavaria. But there has apparently been progress in any negotiations between Bayern and Chelsea, who understandably don’t want to sell.

As things stand, Hudson-Odoi will be out of contract at Chelsea and a free agent in 2020.

For now, Liverpool appear to be very much the passive character in this story, but the Reds are certainly no stranger to snapping up Chelsea talent after signing Dominic Solanke in 2017.

But if the Merseysiders are to dip into the transfer market this summer, the Liverpool Echo suggests that the outlay will be minimal compared to the vast spending of recent years.

That means speculation linking the Reds to the likes of Juventus forward Paulo Dybala and Ajax defender Matthijs de Ligt is unlikely to become reality, as the aim this summer is only to ‘fine tune’ the existing squad after investing £250m on new players since January 2018.

“For sure there’s no need for that level,” the manager said.

Only time will tell whether a move for Hudson-Odoi would fit into that ‘fine tune’ category.