​Birmingham City have been docked nine points as punishment for breaching Financial Fair Play regulations, throwing the club into a relegation battle.

The Blues faced the possibility of a 12-point deduction after failing to adhere to profitability and sustainability rules, largely due to a spike in wage costs following a hectic transfer window in the summer of 2017.

#bcfc given an immediate 9-point deduction from the EFL, I understand. No comment so far from club or EFL.

News of the punishment comes from ​The Telegraph, who note that the deduction now leaves ​Birmingham facing the prospect of a relegation battle to end the current ​Championship season.

Before any points deduction, Birmingham sat 13th in the league table, with a 14-point gap between them and the relegation zone. However, should they be docked nine points as reported, they would drop to 18th, just five points from the bottom three.

After recording a loss of £37.5m between June 2017 and June 2018, Garry Monk’s side faced the prospect of a 12-point deduction and a summer transfer ban, but it is claimed that they will remain free to sign players at the end of the season. The possibility of relegation to League One now becomes very real for Birmingham. Their remaining fixtures see them come up against four sides battling for promotion in the shape of ​West Bromwich Albion, ​Leeds United, ​Sheffield United and ​Derby County, who will all provide incredibly tough tests for the Blues.

Fortunately for Monk’s men, they will also face four sides in the bottom six, and wins over those opponents would certainly aid their push for Championship survival.

Former managers Gianfranco Zola and Harry Redknapp have been targeted by many fans over their roles in the financial crisis, with Redknapp finding himself under particular scrutiny after signing 14 new players in the summer of 2017. 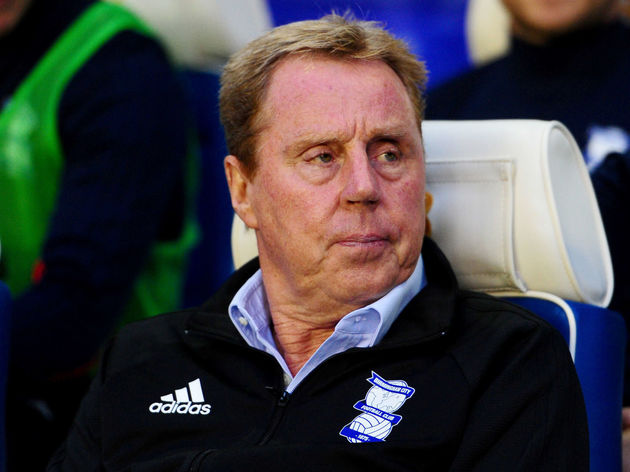 However, speaking to ​The Telegraph, the legendary manager revealed he was not involved in the majority of the club’s dealings. He said:

“I don’t think any of the signings were mine. I was taking John Ruddy on a free transfer from ​Norwich and instead they brought in David Stockdale from ​Brighton. The director of football [Jeff Vetere] wasn’t brought in by me either.”