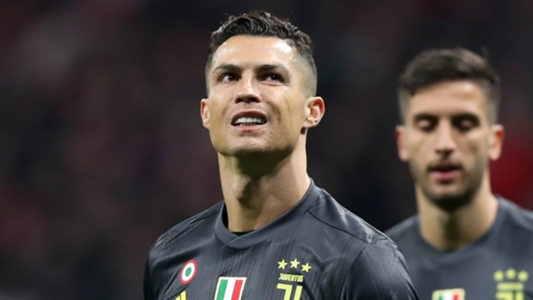 Late goals from Jose Gimenez and Diego Godin gave Atletico a deserved win in the first leg of the Champions League last-16 tie at the Wanda Metropolitano.

Ronaldo had just one shot on target – of Juve’s three – and Godin’s goal deflected in off him in the 83rd minute.

But Allegri backed the 34-year-old’s performance and said the clash would be beneficial heading into the second leg in Turin on March 12.

“Ronaldo played a good game,” he told a news conference.

“He is confident with these kinds of matches. He was not bad at all.

“We missed all the second half as a team. And this match will be useful looking forward to the second leg.”

Ronaldo failed to cover himself in grace following the match either, taunting the Atletico faithful despite being beaten.

Walking through the mixed zone after the game he barked: “I have five Champions Leagues, you [Atletico] have none.”

The 34-year-old won the Europe’s top competition with Manchester United in 2008 before scooping it four times with Los Blancos – including twice at the expense of city rivals Atletico in the 2014 and 2016 finals.

Ronaldo also took the time out during the match to hold up five fingers in view of the Los Colchoneros support, to further emphasise his superiority in Europe’s premier club competition.

Juve are 13 points clear at the top of Serie A and will be looking to turn around the tie with Atletico on March 12 when the return leg takes place in Turin.

The Italian giants have failed to win any the last five Champions League knockout ties in which they have lost the first match.

But Allegri has called on his side to keep the faith and believes they can turn things around next month on their home ground.

The club will return to action Sunday with a league clash against Bologna.