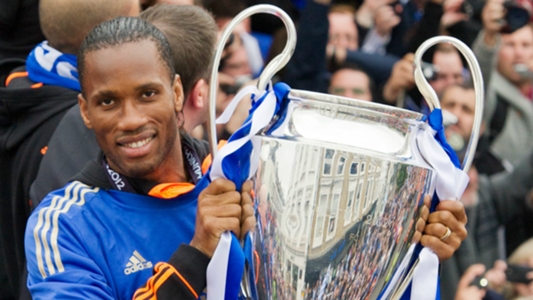 Drogba moved to the west London club in 2004, the same year Mourinho joined, completing a £24 million ($31m) transfer from Ligue 1.

The Ivory Coast international was 26 years old at the time and had scored a total of 39 goals from 80 appearances in the French league.

Speaking to beIn Sports this week, Mourinho said: “Drogba is the kind of guy who is so loyal that he never forgot that I took him from Marseille to the Premier League, where he was not even expected, because he didn’t start very young at that level.

“He had already played for Guingamp, Marseille, Le Mans, so when I took him to Chelsea I remember clearly Abramovich was asking me, ‘Who? Who do you want as a striker?’

“With all the big names in Europe at that time I said Drogba. ‘Who is he? Where’s he playing?’ (I said) ‘Mr Abramovich – pay. pay, and don’t speak’.

“And Didier was an iconic player for Chelsea, for the Premier League.”

Drogba went on to score a total of 164 goals for Chelsea in 381 appearances for the club across two stints, leaving him as their fourth-top scorer behind Frank Lampard, Bobby Tambling and Kerry Dixon.

Having won two Premier League titles under Mourinho, Drogba lifted another in 2009-10 and pick up four FA Cup winner’s medals plus a famous Champions League victory immediately before he left for China, scoring the winning penalty in Munich.

After brief stints with Shanghai Shenhua and Galatasaray between 2012-14, the Ivorian was again signed by Mourinho at Chelsea and scored four Premier League goals to help the Blues to another league title.

The Ivorian then moved to the MLS with Montreal Impact, and later become a player/co-owner of Phoenix Rising before finally retiring in November last year.