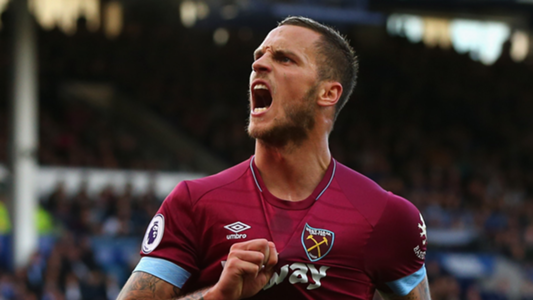 Peter Crouch played alongside Marko Arnautovic at Stoke and believes a player with “special ability” would find “the perfect stage” if he moved to Manchester United.

The Austria international is generating plenty of transfer talk during the current window.

Chelsea have been credited with holding an interest in the 29-year-old forward, while big-money offers have been tabled from China.

Crouch is not surprised to see a mercurial talent attracting admiring glances, but feels Old Trafford could be the ideal destination if a move is made in the near future.

The ex-England international told the Daily Mail of a former team-mate: “Marko Arnautovic always struck me as a player who could end up at Manchester United.

“Old Trafford looked like it would be the perfect stage for him.

“Some of you may laugh at that statement but, believe me, Marko has always had special ability.

“There were doubts about his temperament and maybe that’s why one of the top six haven’t taken him.

“But the next best thing for him was a club such as West Ham, on the up in the Premier League.

“They made him their main man, something he always wanted to be, and he has thrived.”

While talking up Arnautovic for a potential high-profile move that would keep him in English football, Crouch admits that an Asian adventure has always appealed to a man with eight goals to his name this season.

“The interest in him from the Chinese Super League does not surprise me,” added the Potters striker.

“I remember talking to him about it a couple of years ago when their clubs started buying players such as Oscar and Ramires from Chelsea. China was definitely on his radar.”

Arnautovic joined West Ham in the summer of 2017 in a club-record £20 million ($26m) deal and signed a five-year contract upon his arrival.

It would take a sizeable bid to prise him from that agreement, but he has already drawn comparisons to Eric Cantona and Paolo Di Canio and it remains to be seen whether the Hammers can retain the services of a prized asset.