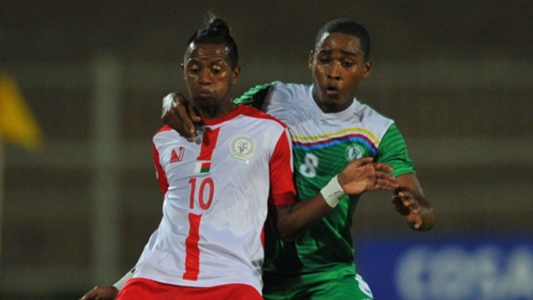 Kaizer Chiefs have responded to reports indicating that there are complications in finalising the signing of Andriamirado Andrianarimanana.

The Soweto giants announced that they had signed the attacking midfielder from Malagasy club Fosa Juniors on a two-year deal earlier this month.

Before the deal was announced this month, Fosa Juniors had tried to stop the player’s transfer as they maintained he was still contracted to them.

On Friday, reports indicating that Amakhosi had not signed and registered Dax with the Premier Soccer League (PSL) after failing to reach an agreement with Juniors over the player’s services emerged.

However, Chiefs communications manager Vina Maphosa dismissed this when speaking to Goal about the 2018 Cosafa Cup Player of the Tournament.

”Nothing has changed as we are still in the process of completing his signing and we are taking it step by step. We have not experienced any complications thus far,” Maphosa told Goal.

It was also reported that the four-time PSL champions had asked the South African Football Association (Safa) to intervene and that the association had requested Fifa to make a decision, but that isn’t the case, according to Maphosa.

“It is not true that the club has asked Safa to intervene and help us complete the process. We also not considering approaching Fifa for assistance at the moment,” he continued.

The Amakhosi club official made it clear that they in no rush to complete the signing of the player before the PSL transfer window closes on Friday.

“Yes, it is transfer deadline day, but we are not in any rush to sign the player. We are very optimistic that everything will be finalised in due time,” he concluded.

It remains to be seen if Chiefs and Juniors will find an amicable solution to the matter, especially with Dax already in camp with the Naturena-based outfit.